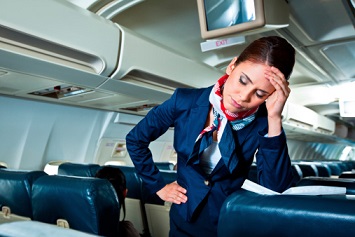 The agency is preempted from enforcing the Occupational Safety and Health Act’s (OSH Act) general duty clause and all other standards by the Federal Aviation Administration (FAA). OSHA also is barred from enforcing occupational safety and health protections for flight deck crew members.

On July 10, 1975, the FAA stated its authority to determine the safety of all civil aircraft operations, including the health and safety of the working environments of flight crew members. On August 27, 2013, the FAA stated it had not exercised its statutory authority to cover all working conditions of aircraft cabin crew members and proposed a policy to allow OSHA to enforce the three standards.

The proposed policy met with widespread industry opposition. Airlines for America (A4A), the National Air Carrier Association (NACA), the National Air Transportation Association (NATA), the National Business Aviation Association (NBAA), and the Regional Airline Association (RAA) all opposed the draft policy statement, stating that it represented a substantive change in the regulation of air transport. Southwest Airlines asked the FAA to include a clause in its memorandum of understanding (MOU) that the OSH Act’s General Duty Clause does not apply to cabin crew members. The August 26, 2014, MOU between the two agencies clearly states OSHA may only enforce the bloodborne pathogens, hazard communication, and noise standards.

The International Brotherhood of Teamsters (IBT) suggested the OSHA standards should apply to the flight deck crew. The Allied Pilots Association (APA) argued that all crew members should receive the same protections.

OSHA began enforcement of the bloodborne pathogens, hazard communication, and noise protections for aircraft cabin crew members on aircraft in operation on March 26, 2014. OSHA inspectors do not perform onboard inspections during commercial flight operations. All three standards require employers to develop programs complying with the standards. OSHA reviews each airline’s programs and verifies compliance with the three OSH Act standards.

Section 18 of the OSH Act governing the administration of state occupational safety and health plans requires states to either elect or decline to amend their programs covering enforcement of private sector worker protections. All 22 states with private sector programs have declined to enforce the standards for aircraft cabin crew members on board aircraft in operation.