There were 5,250 fatal workplace injuries in the United States in 2018, a 2% increase from 5,147 in 2017, the Department of Labor’s Bureau of Labor Statistics (BLS) reported December 17 with the release of data from its Census of Fatal Occupational Injuries (CFOI). 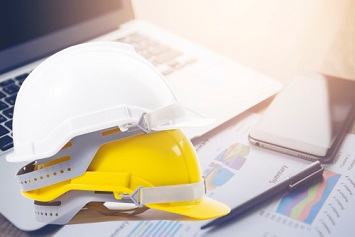 Besides an overall increase in workplace fatalities, the BLS reported significant increases in two causes of fatal occupational injuries:

There also was 3% increase in deaths in 2018 from violence and other injuries by persons or animals. The House of Representatives recently passed a bill that would require the Occupational Safety and Health Administration (OSHA) to establish a federal workplace violence prevention standard for health care and social services.

Caught-in/-between and struck-by object hazards are two of OSHA’s “Focus Four” hazards, along with electrocution and falls. The agency recently emphasized inspections for Focus Four hazards in its revised enforcement weighting system. The four are the leading causes of construction fatalities other than highway collisions.

The National Safety Council (NSC) recently pointed to motor vehicle crashes as a leading cause of injuries and deaths in its objection to a Federal Motor Carrier Safety Administration (FMCSA) proposal to amend the hours-of-service regulations for commercial motor vehicle drivers. The NSC urged the FMCSA to keep the current regulations in place.

Independent workers are involved in a work relationship that is finite but that can involve a single task, a short-term contract, or freelance work.

OSHA pointed out in its response to the latest CFOI release that the rate of fatal work injuries remained unchanged.

“OSHA will continue to use BLS for enforcement targeting within its jurisdiction to help prevent tragedies,” Principal Deputy Assistant Secretary of Occupational Safety and Health Loren Sweatt said in an agency statement.

“Inspections for OSHA were up, and we will work with state plans so employers and workers can find compliance assistance tools in many forms or call the agency to report unsafe working conditions,” Sweatt said. “Any fatality is one too many.”

In response to the 11% increase in workplace suicides, OSHA created a new webpage with free and confidential resources to help identify the warning signs of suicide and to help users know who and how to call for help.