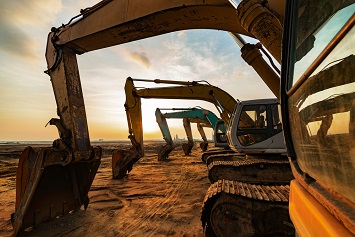 The damage done by climate change can already be seen and is currently affecting every aspect of our lives. Excessive heat is causing our roofs and roads to melt; wildfires are blazing out of control, causing billions of dollars’ worth of damage; severe weather events are becoming much more common; and droughts are destroying crops and negatively affecting our energy production.

As the climate begins to change, so, too, are our reconstructive efforts. Many communities and even businesses are looking into ways to help improve and repair the climate to prevent the massively disastrous outcomes that are predicted.

Our infrastructure is particularly vulnerable to climate change. Roads, bridges, and houses were built with a relatively stable weather and climate in mind, but those things aren’t stable at the moment. Climate change is currently forcing society to update and improve its infrastructure to withstand the severe impacts of harmful climate change.

Many cities are also planning on installing new cooling systems for their energy plants to rely less on water and are even beginning to invest in renewable energy plants that will help with drought resistance.

California is investing in fire prevention methods by utilizing fire-break construction and replanting forests to help prevent massive amounts of dry and flammable land. Due to severe weather, like increasingly intense hurricanes, communities are repairing and rebuilding their infrastructure to withstand these severe storms.

Cities like Chicago and Los Angeles have developed action plans to help stave off the effects climate change has on their city and provide sustainability efforts. The Los Angeles Urban Cooling Collaborative was created to help the city fight off the scorching urban heat island effect by painting its roads white, planting more trees, and much more. Chicago’s Climate Action Plan helped the city build 6 wind farms and over 400 green roof buildings—the most of any U.S. city.

Disney has even gotten into the game, vowing to cut down its greenhouse gas emissions by 2020. In order to do so, it built the Disney Solar Farm in Florida—a 270-acre solar field that has the ability to power two of its parks in the state.

One thing these preventive measures have in common is the need to hire skilled workers. Battling climate change helps sustain the economy by providing more work opportunities. Building renewable energy plants and adapting green construction methods provide many more opportunities for work. In fact, the U.S. Bureau of Labor Statistics expects jobs for architects to grow by 8% in 10 years.

Building renewable energy plants is also highly productive for job growth. In fact, building new solar and energy plants will be cheaper than continuing to operate most coal plants—on top of the jobs provided by the solar industry and the growth the wind power sector has seen. Other renewable energy plants, like hydropower and nuclear power, have contributed immensely to the job market while helping provide power.

As the climate begins to change, our efforts to battle it have to change and adapt, as well. Helping the planet not only creates a livable environment for all but also has the added benefit of positively affecting job growth, thus helping to sustain the economy. And big companies and large cities aren’t the only ones that can help.

BigRentz has compiled the information in an easy-to-read infographic below so anyone can see the effects battling climate change can have on the economy and the job market.