Older workers were more likely to be fatally injured on the job when compared with workers overall, the Department of Labor’s Bureau of Labor Statistics (BLS) found in a recent analysis. 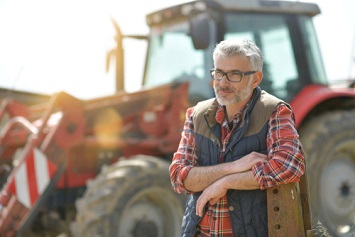 BLS researchers looked at the fatal injury experience of older workers during the 1992–2017 period using data from the Census of Fatal Occupational Injuries (CFOI) program. Older worker fatalities reached an all-time high in 2017.

The number of American workers aged 55 and over (“older workers”) more than doubled during that period. The increase is due both to a rising U.S. population of people aged 55 and over and to a higher labor-force participation rate for that age group.

The trend in fatal workplace injuries was most pronounced among the oldest workers, those aged 65 and over. The oldest workers experienced 775 fatal occupational injuries in 2017, the highest number ever recorded in the CFOI, representing an increase of 87 fatal injuries over 2016 (the previous series high) and a 66% increase since 1992.

However, farmers accounted for a much higher percentage of fatalities among older workers (14%) than among younger workers (2%).

One in seven fatally injured older workers between 2003 and 2017 was a farmer.

The following are some of the notable characteristics of the 3,217 older farmers who died of an occupational injury in 2003–2017:

Most fatal injuries—47% (1,502 of 3,217 total)—involved a tractor. The fatally injured farmer in most of these cases was driving the tractor. Another 10% (334) involved other agricultural and garden machinery. In 222 cases (7%), an older farmer was killed in an incident involving a tree (for example, being struck by a falling tree). A total of 218 older farmer deaths (7%) occurred in incidents involving all-terrain vehicles (ATVs). Another 203 deaths (6%) involved animals such as cattle and horses.