There is strong support in the heating, ventilation, air-conditioning, and refrigeration (HVACR) industry for a bill in the U.S. Congress that would significantly reduce the nation’s use of hydrofluorocarbons (HFCs), one of the world’s most common refrigerants and a powerful greenhouse gas (GHG). 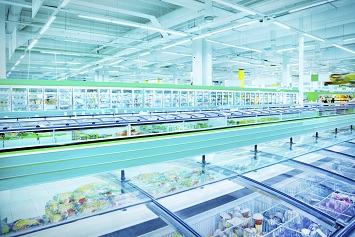 Under the American Innovation and Manufacturing Leadership Act of 2020 (AIM Act) (H.R. 5544), the production and consumption of HFCs would be phased down by 85% by 2036 compared with the average produced and consumed between 2011 and 2013. The HVACR sector says it is comfortable with the economic and technical viability of environmentally friendlier refrigerants that are available to replace HFCs. This view is also held by several major business associations, at least one leading environmental group, and both Democratic and Republican lawmakers.

Industry endorsement of H.R. 5544 is motivated to a large extent by substantial progress U.S. companies have made in developing a class of climate-friendlier chemicals called hydrofluoroolefins (HFOs). The business sector believes enactment of the bill will power a surge in new economic growth, including as many as 33,000 new HVACR jobs and a strong competitive position internationally.

Support is not universal. Some stakeholders are concerned that enactment of H.R. 5544 will result in government interference in the free market—the “picking winners and losers” critique. Others believe the bill is being rushed through Congress without due consideration of technical and economic factors. Still others believe proponents of the legislation have not fully explained what the impact will be on customers and consumers of HFCs. While these voices appear to be in the minority, they may be loud enough to stall and even derail the legislation in the current Congress.

HFCs are the most common refrigerants for new equipment. Manufactured in gas or liquid form, HFCs are used in air conditioners, commercial and domestic refrigeration equipment, and motor vehicles. HFCs also have applications in the manufacture of insulating foams, medical metered-dose inhalers, aerosols, and other products. Unlike chlorofluorocarbons (CFCs) and hydrochlorofluorocarbons (HCFCs)—the ozone depleting substances HFCs replaced beginning in the 1980s—HFCs do not contain chlorine. Therefore, leaks of HFCs into ambient air do not deplete the stratospheric ozone layer, which shields life on earth from harmful ultraviolet radiation. Also, as a GHG, HFCs have a lower heat-trapping capacity, or global warming potential (GWP), than CFCs. However, the GWPs of HFCs are still hundreds to thousands of times higher than those of carbon dioxide. At the current rate, unchecked emissions of HFCs into the atmosphere would have a major impact on the climate, according to David D. Doniger of the Natural Resources Defense Council, a witness who spoke in favor or H.R. 5544 at a January 2020 hearing of the U.S. House of Representatives’ Subcommittee on Environment and Climate Change.

“It has been calculated that if HFC use were allowed to keep growing, HFCs could add nearly another 0.5 degree centigrade (nearly a full degree Fahrenheit) to global average temperatures by 2100,” testified Doniger. “In a world now on track for at least a 3 degrees Centigrade rise and struggling to find the policies to hold warming to 1.5 degrees or even 2 degrees, we cannot afford to add another half degree of new warming on top of everything else.”

The U.S. government has tried before to restrict the use of HFCs. In July 2015, the Obama EPA modified its Significant New Alternatives Policy (SNAP) by issuing a final rule that established dates for ending the use of HFCs in certain applications, including use in air conditioning and refrigeration. The Agency said the rule was needed because of the impact of emitted HFCs on the climate. Two companies that manufacture HFCs challenged the rule in the U.S. Court of Appeals for the D.C. Circuit and came out on the winning side in a 2–1 opinion. The majority said that under Clean Air Act Section 612, the Agency was not empowered to restrict the manufacture and use of substances that did not impact the ozone layer. Based on the D.C. Circuit’s opinion, the Trump EPA announced that it would not apply the restrictions contained in the 2015 rule.

At the global level, HFCs are also being addressed in an amendment to the Montreal Protocol. Beginning in 1989, the protocol required the phaseout of CFCs and, later on, HCFCs. Those goals are being met. Indeed, the United Nations (UN) notes that the Montreal Protocol is the first treaty in history to be ratified by every one of the UN’s member states; the UN adds that the protocol is “regarded as one of the most successful international treaties of all time.” After ratification, HFCs were viewed as the next generation of safer refrigerants. But as the understanding of climate change increased, as well as the role HFCs play in those changes, the impetus behind phasing down HFCs grew. Reservations about HFCs culminated internationally with the 2016 Kigali Amendment to the Montreal Protocol. Under this agreement, developed countries would begin reducing their use of HFCs by 2019; in 2024, developing countries would join the phasedown. The collective goal is to reduce the consumption of HFCs by 85% by 2047 and replace them with substances with lower GWPs, such as HFOs. As of January 2020, 92 countries have ratified the Kigali Amendment. The United States, as well as China, India, and Russia, is not among that group.

Support for H.R. 5544 derives in part from its similarity to the rules and processes that were used to successfully implement the Montreal Protocol and the complementary Title VI of the Clean Air Act. H.R. 5544 comprises nine sections. The following highlights are based on a summary of the bill provided by the staff of the House Committee on Energy and Commerce:

Much of industry’s support for H.R. 5544 appears to be based on Economic Impacts of U.S. Ratification of the Kigali Amendment, an April 2018 report prepared for the Air-Conditioning, Heating, and Refrigeration Institute and Alliance for a Responsible Atmospheric Policy by Interindustry Forecasting at the University of Maryland (INFORUM) and JMS Consulting. The report states:

“U.S. industry supports ratification of the Kigali Amendment to the Montreal Protocol, followed by domestic implementation. The Kigali Amendment provides a global platform for gradual introduction and commercialization of next generation technologies in the U.S. and in the rapidly expanding global market. Prior transitions under the Montreal Protocol enabled these important U.S. industries to maintain their technology leadership. The new Kigali Amendment, which creates a clear path toward global adoption of the next generation technologies, will have a similar effect.”

In a follow-up report focusing on the consumer cost impacts of ratification, INFORUM and JMS Consulting estimated the U.S. ratification of the Kigali Amendment would produce the following outcomes: 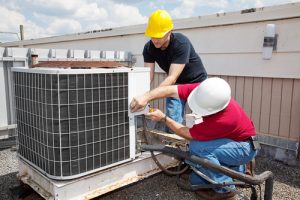 “Importantly, those benefits to U.S. industry come not from the pockets of U.S. consumers, but from a slowed rate of increase in equipment imports to the U.S. and an increased rate of exports of U.S.-manufactured equipment—improved market shares home and abroad rather than increased local prices,” according to the report.

Following release of the April 2018 report, the U.S. Chamber of Commerce offered a ringing endorsement of Kigali.

“Ratification of the Kigali Amendment would improve the environment by further reducing ozone-depleting substances, which are also potent greenhouse gases,” stated the Chamber. “However, in addition to improving the environment, ratification would be a big win for the U.S. economy and American workers by allowing U.S. firms to capture a greater share of a growing global market in heating, cooling, and refrigeration.”

Some hearing witnesses appeared to view H.R. 5544 and Kigali synonymously. For example, they stated that the bill would produce the same fiscal and employment benefits listed above in conjunction with Kigali. Related benefits in regulatory compliance would also occur. Gary Bedard, an executive of a refrigeration company who spoke on behalf of Alliance for a Responsible Atmospheric Policy, explained:

“While all other developed economies have begun their transitions, the domestic U.S. HVACR industry is lagging and falling behind both the EU and Asia as a result of the lack of a uniform federal policy.

“Failure to pass the AIM Act into law will significantly increase our regulatory burden and may potentially lead to a costly localized refrigerant transition. Instead of investments in research and development and productive manufacturing capacity, industry will manufacture redundant product lines, increase our distribution costs and reduce our inventory turns. Failure to pass the AIM Act means inefficiency wins over innovation and American industry, workers, and consumers lose to foreign competition.

As noted, the bill contemplates many of the same regulatory measures the EPA has been implementing for years during the phaseout and replacement of CFCs and HCFCs. Accordingly, if enacted, it would seem likely that new implementing regulations would present few surprises to the regulated community. At the hearing, Cindy Newberg, director of the Agency’s Stratospheric Protection Division, subtly indicated that her division would be well prepared to put the bill to work.

“If signed into law, the AIM Act would require the EPA to do many of the same types of activities for HFCs that we have done and continue to do for the ozone-depleting substances,” said Newberg.

Written testimony from the hearing is available at https://energycommerce.house.gov/committee-activity/hearings/hearing-on-promoting-american-innovation-and-jobs-legislation-to-phase.