The following is adapted from Rethinking Hand Safety.

Some years ago, I was working with a major aerospace company, helping it pick out the right gloves for some of its manufacturing workers. We had done trials and convinced the line managers to go from a general-purpose glove to a cut-resistant glove. We had lots of trial data, which absolutely, conclusively showed: This will significantly reduce hand injuries. 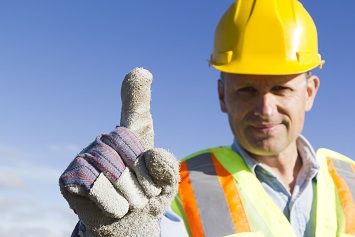 The change was enthusiastically approved by the line managers, but then somebody in accounting sent an e-mail that said, “No, there’s no way we’re going from $1 gloves to $8 gloves. That’s not happening!”

Heated meetings were held between the line managers and the accounting guys until at last, the CEO called the accounting guy and said, in so many words, “Approve the damn PO ’cause we’re gonna save about a million dollars a year on injuries! You wanna save $50,000 in gloves? You are an idiot because you are exactly being ‘penny wise and pound foolish!’”

The gloves were approved. Injuries went down. And indeed, the company saved millions—oh, and people’s hands, too.

In my opinion, companies have a moral obligation to keep their workers safe. But when the moral obligation isn’t enough incentive, there’s also a strong return on investment (ROI) connected to workplace safety.

So let’s take a look at the ROI, both financial and emotional, of workplace safety.

With workers’ compensation, lost time, turnover, and more, the cost of workplace injuries quickly adds up. In the United States, workplace injuries cost an estimated $250 billion annually. That is more than the direct and indirect cost of all cancers combined.

Simply put, reducing the number of workplace injuries saves money. Overall, the Occupational Safety and Health Administration (OSHA) estimates a $4–$6 return for every dollar invested in safety—when that investment is actually made.

As an example, we had a large automobile tire retailer that was spending $0.50 per pair on gloves, and we worked with it to design a much better glove that cost it $14 per pair. The company’s annual glove costs shot up by $200,000, but at the end of the year, its own cost analysis said it had saved over $1 million overall.

How? Its workers’ comp costs dropped. Its lost-time costs dropped. And most importantly, its turnover rate dropped by 10%, and that alone saved it a fortune on recruiting, training, and lost-time costs. Indeed, the improved gloves increased dexterity to the point that they actually sped up production.

Not to mention, of course, that workers experienced far fewer injuries.

It’s About More Than Money

Veteran safety manager Sam Cunard told me a story about a worker who got a splinter in his hand and didn’t report it. The wound never healed and eventually ended up infected with MRSA. His hand had to be amputated.

To add insult to injury, because he didn’t report the incident, he couldn’t prove that the accident happened at work. That meant no workers’ comp.

If he’d had gloves, the injury never would have occurred, and instead of a mountain of medical debt, he would still have a hand.

Imagine that you were a worker at this company. The company refused to invest in gloves, and as a result, your coworker and friend lost his hand. How would you feel about your employer? Angry? Disgusted?

When companies show a lack of concern for safety, morale takes a serious hit. Believe me, when you start “budgeting for safety,” your people notice. If you don’t make their safety your highest priority, your people will not make your company’s success their highest priority. They will not do their best work. The sense of order and responsibility necessary to any great manufacturing, construction, food, oil and gas, aerospace, or other hands-on concern will be lost.

The opposite is also true. As organizational safety thought leader Thomas Krause says, “To the extent that you develop real excellence in safety, you will also create a high-performance culture, which will improve your effectiveness and efficiency in general.”