The EPA issued a final rule in its Per- and Polyfluoroalkyl Substances (PFAS) Action Plan on June 22, 2020. This means that certain products that could contain harmful PFAS cannot be imported, produced, sold, or manufactured in the United States without EPA approval or the Agency imposing certain restrictions that would address unacceptable risks. Examples of products containing PFAS include cookware, firefighting foam, carpeting, rain gear apparel, household appliances, microwave popcorn bags, shoes, furniture, electronics, and ski wax. 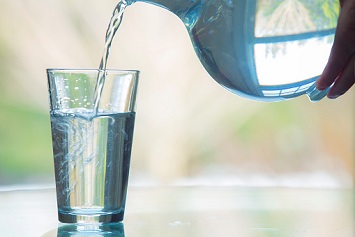 This action requires notification to the EPA “at least 90 days before commencing the manufacture (including import) or processing of [long-chain perfluoroalkyl carboxylate chemical substances] for … significant new uses,” according to the Agency. “Manufacturing (including import) or processing for the significant new use are prohibited from commencing until EPA has conducted a review of the notice, made an appropriate determination on the notice, and taken such actions as are required in association with that determination.”

As with all significant new use rules (SNURs), ongoing uses are not subject to these new rules.

Industries impacted could include:

“The Trump Administration’s efforts under the PFAS Action Plan over the past year represent the first time in EPA’s 50-year history that we have tapped all of our program offices to address an emerging contaminant of concern like PFAS—and our EPA staff efforts have been unprecedented,” said EPA Administrator Andrew Wheeler. “As we look to the future, we are committed to working diligently with our federal, state, local and tribal partners as we continue to make progress on this important public health issue.”

PFAS are also known as “forever chemicals” because they take eons to decompose. Studies have linked PFAS contaminants to low birth weight, certain types of cancer, liver problems, and other health issues, according to the federal Agency for Toxic Substances and Disease Registry.

The EPA came under fire last year when it was criticized for moving too slowly on what was characterized as a “PFAS contamination crisis.”

At that time, according to a story in Our Daily Planet, the facts were:

Three states commented on the EPA’s draft 2020 National Pollutant Discharge Elimination System (NPDES) Multi-Sector General Permit. Colorado, Massachusetts, and New Jersey asked the EPA “to require permitted industrial facilities to monitor PFAS in their stormwater discharges and to develop practices intended to minimize the potential for PFAS to be introduced into stormwater,” according to an article in The National Law Review published on June 19, 2020.

It remains to be seen if the states’ recommendations will be incorporated into the EPA’s stated plans to “propose nationwide drinking water monitoring for PFAS under the next [Unregulated Contaminated Monitoring Rule (UCMR)] monitoring cycle,” as the Agency stated in a news release dated February 20, 2020. UCMRs are required once every 5 years under the 1996 Safe Drinking Water Act (SDWA). UCMR 4 was published in the Federal Register on December 20, 2016.