On August 31, the Occupational Safety and Health Administration (OSHA) issued a final rulemaking amending the construction and shipyard standards for beryllium exposures (85 FR 53910). The amendments take effect on September 30. 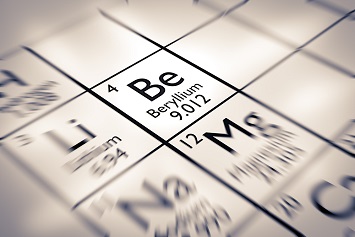 The August 31 rulemaking is the latest regulatory action to address concerns about or objections to an “eleventh-hour” Obama administration rulemaking issued on January 9, 2017. The new rulemaking retains the permissible exposure limit (PEL) of 0.2 micrograms per cubic meter (µg/m3) and short-term exposure limit (STEL) of 2.0 µg/m3 in the 2017 final rule.

Changes in the new rulemaking finalize changes proposed in an October 8, 2019, notice of proposed rulemaking (NPRM) and closely resemble changes made to the general industry standard in a July 14, 2020, final rule. However, the final rule tailors some of the requirements to exposures commonly found in construction and shipyards.

Beryllium exposures in construction and shipyards are limited to a few operations, such as abrasive blasting in construction and shipyards and some welding operations in shipyards, according to OSHA. While airborne particulates during abrasive blasting operations can expose workers to beryllium in excess of the PEL, the blasting materials contain only trace amounts of beryllium, according to the agency. OSHA believes the process and materials do not present a dermal contact risk.

The requirements for written exposure control plans in the construction and shipyard standards are limited to the exposures for which the agency has strong evidence.

On May 7, 2018, the agency issued a direct final rule (DFR) adopting clarifying amendments to the general industry beryllium standard and addressing the application of that standard to materials containing trace amounts of beryllium. On December 11, 2018, OSHA published another NPRM to modify definitions in the general industry beryllium standard’s definitions, as well as several ancillary provisions.

On September 30, 2019, OSHA issued a final rule declining to revoke the ancillary provisions of the construction and shipyards standards it had proposed in June 2017.