Per- and polyfluoroalkyl substances (PFAS) are also known as forever chemicals due to their near-indestructible nature. They were used in everything from firefighting foam to nonstick cookware and food packaging to furniture. 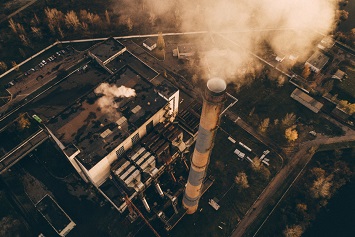 These substances resist heat, grease, fire, and water. Unfortunately, they have also been linked to increased cancer risks and low birth rates. And PFAS are also in almost every groundwater supply and in 98% of humans, according to some studies.

This leaves scientists with a problem: how to eliminate PFAS in our waste and trash.

The EPA plans to run a study at the Union County Resource Recovery Facility, an incinerator located in Rahway, New Jersey. The study has been approved by the New Jersey Department of Environmental Protection (DEP).

The research involves burning two nontoxic chemicals that are similar in composition to PFAS.

“… [T]he EPA plans to inject two non-toxic compounds—carbon tetraflouride (CF4) and hexafluoroethane (C2F6)—into the incinerator,” according to NJ.com. “Scientists hope that studying how the two compounds break down in the incinerator will give a glimpse into how PFAS acts in the same situation.”

According to the EPA, the experiment will be conducted over a 3-day period, with the substitute compounds being burned only a few hours each day.

During the study, EPA researchers will also gather samples to analyze to determine if PFAS are being emitted when regular waster is incinerated.

“This research benefits states and communities by deepening our understanding of PFAS compounds and how well they are destroyed through incineration,” according to the EPA.

Shawn LaTourette, a deputy commissioner of the New Jersey DEP, says these two nontoxic chemicals are commonly found in incinerators and is confident the experiment is safe to the surrounding communities.

“It’s not as though this is something new that isn’t there before,” LaTourette said. “It’s certainly not harmful, and definitely not nefarious.”

Some activist groups assert that burning PFAS just creates another layer in the contamination cycle.

“Laboratory-scale studies have shown that, when incinerated, PFAS can break down to toxic, volatile chemicals such as carbon tetrafluoride and hexafluoroethane, as well as trifluoroacetic acid and hydrogen fluoride,” according to Environmental Working Group. “However, there are no peer-reviewed studies on PFAS emissions in commercial incineration facilities that burn different types of waste.”

The Rahway incinerator burns 1,500 tons of waste daily, which generates enough electricity to power approximately 30,000 nearby homes and businesses, according to nj.com.

Local activists question the safety and location of the study at an incinerator in an environmental justice community and are concerned that the community was not informed of the potential study.

“I think this is an illustration of what happens when you don’t inform the community,” said Judith Enck, who served as regional administrator for EPA Region 2 under President Barack Obama. “I’m concerned that the New Jersey DEP may not be intending this, but the Trump EPA might cherry pick data to justify sending PFAS to municipal incinerators.”

The study has not yet received final approval from the Union County Utilities Authority (UCUA), owner of the Rahway incinerator, which is leased and run by Morristown-based Covanta. To date, absent UCUA approval, a timeline for the experiment has not yet been determined.

To learn more about EPA research on the incineration of PFAS, see the EPA Technical Brief.