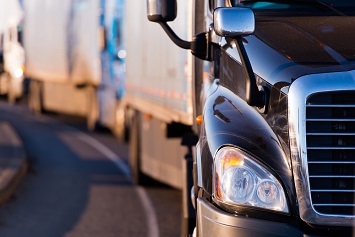 For several reasons, including the coronavirus disease 2019 (COVID-19) pandemic, 2020 has been a challenging year for both the industry and the country as a whole, ATA Chairman Randy Guillot, president and CEO of Southeastern Motor Freight and Triple G Express Inc., said in a statement.

“As ATRI’s survey lays out, there are a number of issues we must address in addition to the ones put in front of us by this pandemic,” Guillot said. “From finding and keeping qualified drivers to the increased costs of insurance and burdens imposed on our industry by unwarranted lawsuits, ATRI has identified the issues our industry cares most about and outlines plans for how we can solve them.”

ATRI President and COO Rebecca Brewster said, “With this information, the industry can best target its resources to address trucking’s concerns.”

Tort reform appeared in the survey’s top 10 for the first time since 2011, according to ATRI. The industry has become concerned with so-called “nuclear” verdicts—large jury awards, sometimes in excess of $10 million.

“The impacts of litigation and growth of nuclear verdicts in the trucking industry was really apparent in this year’s list of concerns,” Brewster said.

“Earlier this year, ATRI quantified the growth in nuclear verdicts in the trucking industry, but even without that critical research, the fact that tort reform and insurance issues have resurfaced in the survey are a clear sign the industry is being impacted by rising costs related to litigation and insurance.”

Concerns that did not make any of the top 10 lists include driver distraction, transportation infrastructure, and COVID-19.

Driver distraction fell off the top 10 as the 11th ranked issue. The National Highway Traffic Safety Administration (NHTSA) has concluded that “eight percent of fatal crashes, 15 percent of injury crashes, and 14 percent of all police-reported motor vehicle traffic crashes in 2018 were reported as distraction-affected crashes.” The NHTSA also has reported that 2,841 people were killed and an estimated 400,000 people were injured in motor vehicle crashes involving distracted drivers.

Infrastructure-related concerns have been less pressing this year, as the pandemic has led to reduced congestion on the nation’s highways, especially in March and April.