President-Elect Joe Biden has claimed victory in the 2020 presidential election and declared “it is time for America to unite.” Based on many statements from Biden, it is apparent he will reverse many of the Trump administration’s environmental regulations, place higher tax rates on businesses and investments, rejoin the Paris Climate Accord, and commit to scientific approaches to begin to resolve climate change issues. 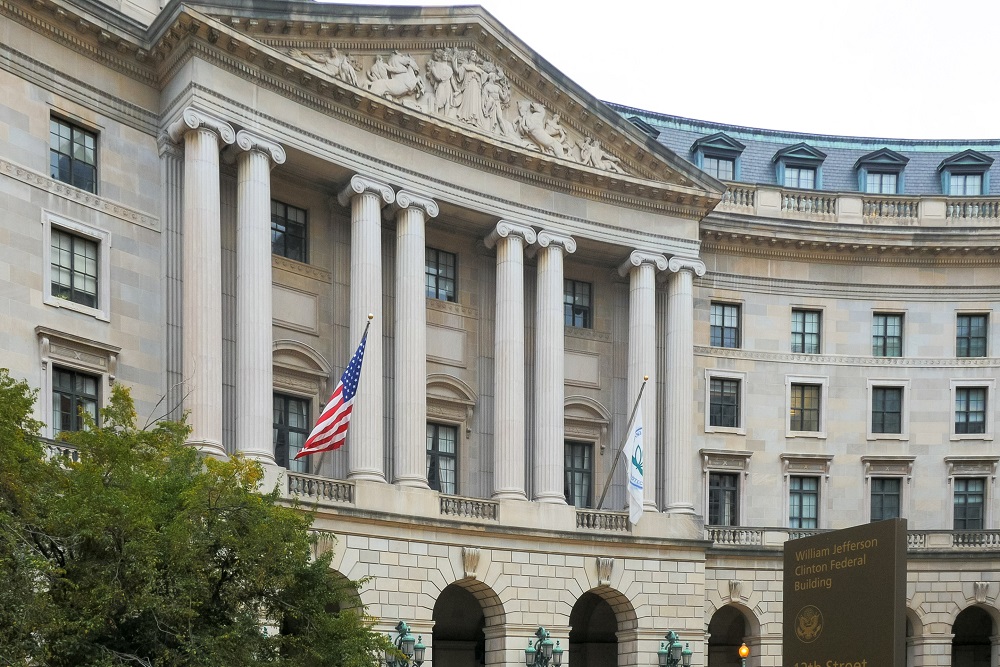 Whomever Biden picks to lead the EPA will have the challenging task of dismantling Trump’s aggressive deregulation agenda. “Trump’s EPA has been planning to implement a new rule by the end of this year that would curtail its use of studies lacking accessible datasets, which would make it harder to justify new regulations and renew old ones,” according to the American Institute of Physics. “Should the rule be implemented, undoing it would require a lengthier process than if it is left by the wayside.”

Business expects a more “predictable” relationship with the White House when Biden takes office, according to The Wall Street Journal. “Many corporate leaders view Mr. Biden as a centrist on business issues and foresee a quieter, less publicly turbulent relationship with the White House over the next four years—even if they don’t always agree with the administration’s policies.”

“The current COVID-19 pandemic reminds us how profoundly the energy and environmental policy decisions of the past have failed communities—allowing systemic shocks, persistent stressors, and pandemics to disproportionately impact communities of color and low-income communities,” according to the transition website. “At this moment of profound crisis, we have the opportunity to build a more resilient, sustainable economy—one that will put the United States on an irreversible path to achieve net-zero emissions, economy-wide, by no later than 2050.”

Biden plans to create new jobs in sustainable and clean energy industries and commits to investing in:

With the Senate still controlled by Republicans, Biden has a challenging course ahead to obtain the necessary legislation to achieve his objectives. The 2022 Senate elections will place 34 seats up for grabs, with 22 of those seats currently held by Republicans.

Whether Biden gains support in the Senate, there are several actions Biden can take to enact the comprehensive changes he envisions to positively impact climate change.

“One of the most significant steps Biden could take to reduce greenhouse gas emissions would to be reinstate tough nationwide rules for auto emissions and mileage standards that were put in place under the Obama administration and that essentially mirrored regulations already in effect in California,” according to the Los Angeles Times.

California’s authority to enforce stricter auto emissions standards were revoked under Trump’s administration. “Biden has promised to reinstate the Obama standards and make them tougher, expanding them beyond passenger vehicles and SUVs into the most polluting trucks,” according to the Los Angeles Times. “He’s also likely to grant California a new waiver, allowing it and the 13 other states that have adopted its standards to crack down even more on tailpipe pollution.”

Biden has been firm in his position that no new fracking leases will be granted for lands owned by the federal government. The president has authority to determine what happens on federal land. This could be achieved with an Executive Order mandating that the Interior Secretary stop issuing permits for oil and gas leases, which is the same strategy Obama used for coal mining. This strategy will promote the transition from natural gas to cleaner energy.

“A Biden Interior Department could also impose new requirements on oil companies operating on federal land, such as a rule mandating the capture of methane from wells and other infrastructure,” according to the Los Angeles Times. “Methane emissions are a major contributor to global warming and have been rising sharply.”

Another option for Biden is to cancel existing leases on federal lands where development has not yet started or buy back those leases, which could derail the Trump administration’s plans to auction 4,000 federal acres located in California in December.

Obama’s Clean Power Plan was expected to reduce greenhouse gas emissions by 30%. The Trump administration replaced that plan with one that was more favorable to the coal industry.

Environmentalists hope Biden will go further than simply reinstating Obama’s previous clean energy plan with strategies that will prevent the litigation holds the Obama plan has seen through legal challenges.

The energy industry supports a move to clean energy. “We congratulate and look forward to working with President-elect Biden, Vice President-elect Harris and the next Congress to support America’s economic recovery, which will be built on affordable and reliable American energy,” according to a press release issued by the American Petroleum Institute. “Our country has made dramatic progress over the past decade, leading the world in both emissions reductions and in the safe and responsible development of American energy. America’s natural gas and oil companies haven’t waited for governments to act on climate—we have driven progress through technology, innovation, and constant reinvention, and we’ll support bipartisan policies that build on that progress.”

With or without Senate support, Biden is known for his diplomatic skills. Besides rejoining the Paris Agreement, he can positively impact climate change through foreign policy.

“A report from Brown University’s Climate Solutions Lab lays out a series of steps that include creating a ‘climate club’ of countries that volunteer to reduce emissions by agreeing to set a minimum price on carbon and penalize high-emitting countries through trade measures such as tariffs,” according to the Los Angeles Times. “Another proposal outlined in the report calls for Biden to work with the European Union—the largest importer of natural gas—as well as Canada and Mexico to curb methane emissions.”

Biden has one other powerful tool at his disposal: He could declare a national emergency regarding climate change to gain emergency authority. Environmental advocates will certainly push for this step, but Biden may be unwilling to take it due to the large risks involved.

“Under emergency authority, a Biden administration could use military funding to quickly move the country away from coal and gas-powered plants and toward renewable energy,” according to the Los Angeles Times. “He could also increase the number of electric-vehicle charging stations, require automakers to produce more electric vehicles, and accelerate the expansion of clean-energy technology—all without having to ask Congress to approve new funding.”

Trump used this strategy for funding to build a border wall, and it’s been battled in the legal system since he made the decision. Biden may want to avoid a similar result for climate change measures.

Scientists around the world are breathing easier over Biden’s win, according to Scientific American.

“Once Biden takes office on 20 January, he will have an opportunity to reverse many policies introduced by the Trump administration that were damaging to science and public health,” according to Scientific American. “Researchers are hopeful that much of the damage can be repaired. With Trump out of the picture, says Pervez Hoodbhoy, a physicist and nuclear-proliferation specialist based in Islamabad [in the Scientific American article], ‘instead of dog-eat-dog, maybe we will have a modicum of international cooperation, greater adherence to laws and treaties, more civility in politics across the globe, less “fake news,” more smiles and less anger.’”

It’s important to keep in mind that Biden’s win was by a narrow margin, signaling the fact that America remains divided politically. Changes are definitely ahead, and it will be interesting to see how Biden navigates the turbulent political climate to achieve his goals.