Most of the year, you probably hear a lot of warnings about heat illness or stress. Winter may offer a break from the heat, but your workers may be facing a whole other set of cold weather hazards. 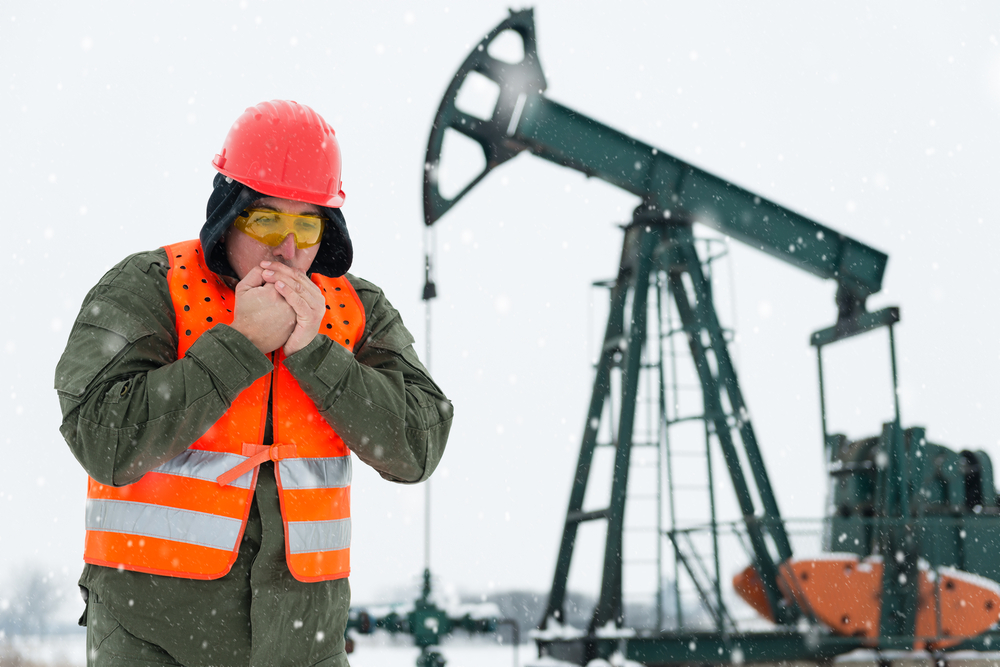 If your employees work in cold, wet, icy, or snowy conditions, they may be at risk for hazards like frostbite and hypothermia, as well as chilblains and trench foot. You should, at a minimum, schedule cold work for the warmest part of the day, and you may even want to assign relief workers on long jobs to limit individual workers’ exposure.

Also be aware that the effects of cold weather can vary by region. If your workers are unaccustomed to winter weather, near-freezing temperatures that would pose little threat in other regions of the country may present a risk.

You should ensure that your workers take commonsense precautions to protect themselves from cold weather hazards, which include:

Proper clothing is essential because exposed limbs and the head are major areas of heat loss. A worker’s head and trunk should be warm enough to maintain circulation through the blood vessels in the hands and feet. Keeping enough blood flowing to the hands and feet is the key to preventing frostbite, which in extreme cases can lead to amputation.

When a worker is exposed to cold temperatures, the body can begin to lose heat quicker than it can be produced. Prolonged exposure to cold eventually will use up all the body’s stored energy. AKOSH warns that hypothermia can be fatal. It can begin with uncontrollable shivering as a worker’s body temperature drops to 95 degrees Fahrenheit (F).

As the body temperature continues to fall, symptoms of hypothermia can proceed through vague, slow, or slurred speech; forgetfulness or memory lapses; an inability to use the hands; frequent stumbling; drowsiness; exhaustion and collapse; and then unconsciousness and death.

However, Alaska officials caution employers to always act on the fact that “no one is dead until warm and dead.”

Hypothermia occurs when the body is unable to generate sufficient heat to efficiently maintain its functions. The variables contributing to the onset and development of hypothermia include a worker’s age, health, nutrition, body size, and level of exhaustion; the duration and level of exposure; the wind; the temperature; and the wetness of body or clothes. Alcohol and some medications can decrease heat production or increase heat loss.

The stages of hypothermia progress through:

Pay attention to mild symptoms of hypothermia like impaired speech or lack of coordination, even if a worker denies being in trouble. Get an affected worker out of wet and windy weather, and move the worker into a warm room, shelter, or vehicle. You should request emergency medical attention and arrange for worker evacuation. Remove any wet clothing, and warm the worker from the center of the body to the extremities.

The National Institute for Occupational Safety and Health (NIOSH) recommends warming the center of the person’s body first—chest, neck, head, and groin—using an electric blanket or skin-to-skin contact under loose, dry layers of blankets, clothing, or towels. AKOSH suggests wrapping any warm objects, such as rocks, hot water bottles, or heat packs, in towels or clothing. You can give the worker warm beverages if the worker has regained a clear level of consciousness and the ability to swallow and already is starting to warm up. Warm beverages can prevent further heat loss.

Frostbite is an injury to a body part caused by freezing. Its causes a loss of feeling and color in the affected areas. It most often affects the nose, ears, cheeks, and chin, and the ears, fingers, nose, and toes are most vulnerable to injury from frostbite. It can permanently damage body tissue and in severe cases can lead to amputation.

Fingers, toes, and even whole arms and legs can be lost as a result of frostbite. AKOSH has reported loss of limbs or extremities happening in cities and villages, as well as in more isolated areas of the state.

Tall, thin people are more susceptible to frostbite, as are heavy tobacco smokers who may have poor circulation. As with hypothermia, alcohol can cause blood vessels to dilate, leading to a faster loss of body heat. Your workers with reduced blood circulation due to certain health conditions or who are not dressed properly for extremely cold temperatures may have an increased risk of frostbite.

Warning signs include numbness, pain, stinging, or tingling on or near the affected body part, fingers, or toes.

Symptoms of frostbite include a reduced blood flow to hands and feet; numbness; a tingling or stinging sensation; aches; and bluish, pail, or waxy skin. Workers should frequently monitor themselves and coworkers for symptoms of frostbite.

You should get a worker showing symptoms of frostbite into a warm room as soon as possible. Unless absolutely necessary, do not allow a worker to walk on frostbitten feet or toes, which can increase tissue damage. Also, do not rub or massage the frostbitten area, as this can cause further damage.

Have the worker immerse the affected area in warm but not hot water (the temperature should be comfortable to the touch for unaffected parts of the body). AKOSH recommends rewarming limbs in stirred water just above normal body temperature—about 100 to 105 degrees F.

You also can have the worker warm the affected area using body heat—the heat of an armpit can be used to warm frostbitten fingers. Do not use a heating pad; a heat lamp; or the heat of a stove, fireplace, or radiator for warming, as affected areas may have become numb and could be burned easily.

Be aware that as a frozen major part of a limb is rewarmed, the cooled blood can begin to flow throughout the rest of the body. Have the affected worker drink warm liquids to prevent such body cooling. 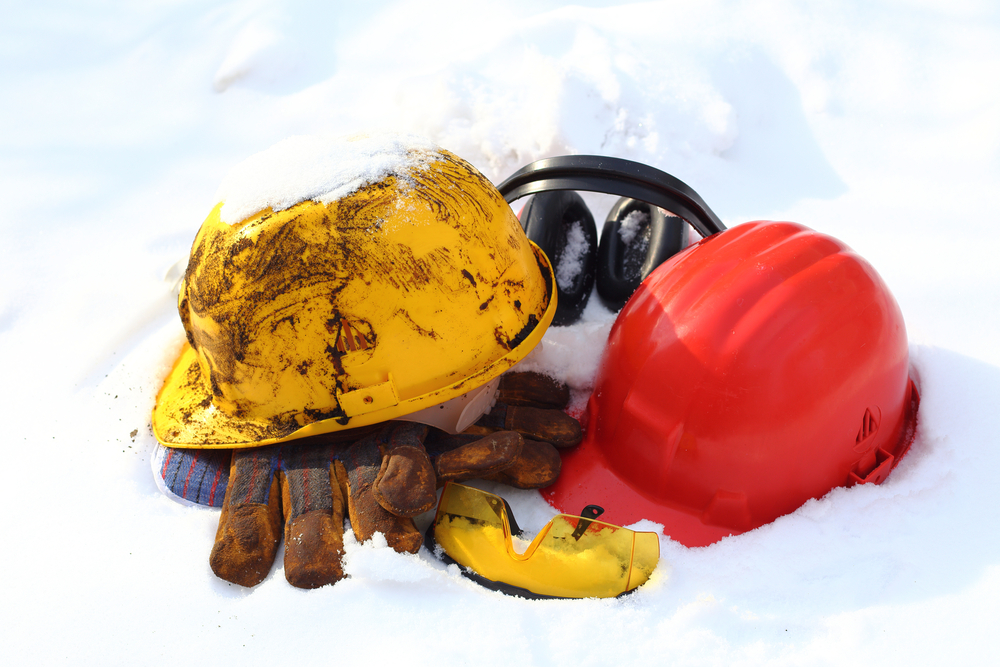 Chilblains and trench foot also can lead to permanent and potentially serious injuries. Ulcers formed by damaged small blood vessels under the skin—called chilblains or “chill burns”—can result from skin exposure to temperatures ranging from just above freezing to as high as 60 degrees F. The exposure to cold temperatures causes damage to the capillary beds, the groups of small blood vessels, under the skin—redness and itching typically occur on cheeks, ears, fingers, and toes. The damage is permanent, and the redness and itching can return with additional exposure.

Your workers need to wear several layers of loose clothing for insulation because tight clothing reduces blood circulation to the extremities. Their boots should be insulated and waterproof, and they should wear a hat to reduce the loss of body heat through the head.

Symptoms of chilblains can include redness; itching; blistering; inflammation; and, in severe cases, skin ulceration. If any of your workers experience chilblains, they need to slowly warm the skin, avoid scratching, and use corticosteroid creams to relieve itching and swelling. Blisters and skin ulcers need to be cleaned and covered.

Trench foot, also called “immersion foot,” is an injury of the feet resulting from prolonged exposure to wet and cold conditions. Trench foot can occur at temperatures as high as 60 degrees F if the feet are constantly wet. Wet feet lose heat 25 times faster than dry feet. When the feet are wet, the body constricts blood vessels to prevent heat loss, shutting down circulation in the feet. Skin tissue begins to die because of a lack of oxygen and nutrients and due to the buildup of toxins.

While the symptoms of trench foot may begin with numbness or reddening of the skin, it can lead to blisters or ulcers, bleeding under the skin, or even gangrene, whereby the foot may turn dark purple, blue, or gray.

You should have workers suffering from trench foot remove their boots or shoes and wet socks and dry their feet. They should avoid walking on their feet, as this can cause tissue damage.

Even if your workers are outside the “snow belt,” you need to prevent and respond to cold weather hazards like hypothermia, frostbite, chilblains, and trench foot.