In the fourth quarter (Q4), the EPA finalized 150 settlement agreements with companies small and large across the United States. This represents a significant decrease in enforcement actions—down from 327 penalties issued in Q3 for 2020. The actions taken resulted in $4,582,755 in fines. 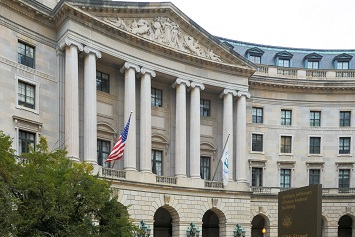 Here are some of the highlights.

The largest fine assessed by the EPA in Q4 was to a fuel distribution company to resolve Emergency Planning and Community Right-to-Know-Act (EPCRA) violations. The company violated the EPCRA Section 313 Toxics Release Inventory (TRI) and failed to report the releases of several TRI-listed chemicals at its terminals, denying the public access to this information. Additionally, the company violated the Clean Air Act’s (CAA) New Source Performance Standards (NSPS) and National Emission Standards for Hazardous Air Pollutants (NESHAP) by not having air pollution controls at one of its terminals to capture vapors released when tanker trucks are loaded with gasoline. The company was assessed a penalty of $1,337,365.

There were additional enforcement actions taken against three other entities for EPCRA violations, with penalties that ranged from $5,000 to $37,462. In all, EPCRA violations accounted for $1,379,827 in Q4.

The EPA continues its consistent enforcement for CAA violations:

The EPA cited 38 different entities for violations of the Clean Water Act (CWA), including oil and construction companies, for inadequate Spill Prevention, Control, and Countermeasure (SPCC) Plans, as well as towns and cities for National Pollutant Discharge Elimination System (NPDES) permit violations. The fines totaled $1,185,054 and ranged from $1,719 to $ 906,110.

A chemical company in Washington was fined $121,478 for violations of Washington State’s Resource Conservation and Recovery Act (RCRA)-authorized dangerous waste regulations regarding obtaining a permit to store dangerous waste; air emissions standards for equipment leaks; and air emissions standards for tanks, surface impoundments, and containers. Specifically, the company violated RCRA when it failed to store dangerous waste with a permit; store volatile organic dangerous waste in a container that met regulatory requirements; mark each piece of equipment so that it can be distinguished readily from other pieces of equipment; include each piece of equipment in the facility operating record; and immediately replace the carbon in filter F-313 upon carbon breakthrough.

A medical center in Louisiana was penalized $104,384 for RCRA violations, including failure to file a Notification Form (EPA Form 8700-12) to notify the EPA of its hazardous waste activities; file the Biennial Report Form; operate as a large quantity generator (LQG) of hazardous waste; and make proper waste determination.

A Kentucky property management company was penalized $45,080 for numerous Toxic Substances Control Act (TSCA) violations, including failure to provide the lessees with the EPA-approved lead hazard information pamphlet; include the appropriate lead warning statement within a contract; include a statement by the agent involved in the transaction to lease target housing that the agent has informed the lessor of the lessor’s obligations and that the agent is aware of its duty to ensure compliance; and include the signatures of the lessors, agents, and lessees, certifying to the accuracy of their statements, to the best of their knowledge, along with the dates of signature.

A property management company in Minnesota was fined $24,300 for violating TSCA when it failed to provide the lessee with the EPA-approved lead hazard information pamphlet; include the appropriate lead warning statement within a contract; include a statement by the lessor disclosing the presence of known lead-based paint and/or lead-based paint hazards in the target housing being leased or indicating no knowledge of the presence of lead-based paint and/or lead-based hazards; and include the signature of the lessors, agents, and lessees, certifying to the accuracy of their statements, to the best of their knowledge, along with the dates of signature.