In the first quarter (Q1), the EPA finalized 290 settlement agreements with companies small and large across the United States. This represents a significant increase in enforcement actions—up from 150 penalties issued in Q4 for 2020. The actions taken resulted in $6,126,092 in fines. Here are some of the highlights of violations and penalties. 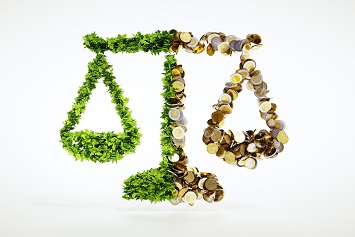 The largest fine assessed by the EPA in Q1 was to a dental instrument manufacturer in Illinois to resolve violations of the Federal Insecticide, Fungicide, and Rodenticide Act (FIFRA). The company primarily produces and distributes dental hygiene equipment and supplies, but the EPA alleged that the company offered pesticide products for sale as part of a dental waterline cleaner kit, which was not EPA-registered, and as a result, the composition and labeling of the products had not been reviewed for efficacy and safety. In addition, the EPA alleged that the company had made claims for an EPA-registered pesticide product that are not allowed under the product’s EPA registration and could mislead the public regarding the product’s safety and effectiveness. The company was assessed a penalty of $464,737.

There were additional enforcement actions taken against 105 other entities for FIFRA violations, with penalties that ranged from $500 to $110,000. In all, FIFRA violations accounted for $714,451 in Q1.

A fertilizer company in Florida was penalized $331,100 for violating the Toxic Substances Control Act (TSCA) when it failed to submit chemical data reports (CDRs) for 16 chemicals in the required time period.

A chemical plant in Georgia was fined $41,388 for violating TSCA when it failed to export notifications for two chemicals within 7 days of forming an intent to export or on the date of exportation.

The EPA cited 62 different entities for violations of the Clean Water Act (CWA), including oil and construction companies, for inadequate Spill Prevention, Control, and Countermeasure (SPCC) Plans, as well as towns and cities for National Pollutant Discharge Elimination System (NPDES) permit violations. The fines totaled $1,120,350 and ranged from $917 to $150,250.