On April 14, 2021, the EPA announced in a press release the release of its 28th annual “Inventory of U.S. Greenhouse Gas Emissions and Sinks (GHG Inventory), which presents a national-level overview of annual greenhouse gas emissions from 1990 to 2019.” 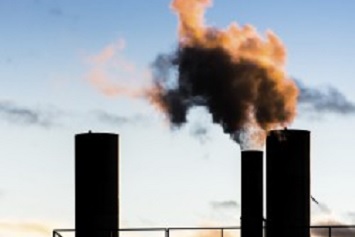 The EPA reports 2019 net U.S. GHG emissions were 5,769 million metric tons of carbon dioxide equivalent (after accounting for sequestration from the land sector), which is a 1.7% decrease from the 2018–2019 report.

“While many long-term and short-term factors influence annual greenhouse gas emissions in recent years, the downward GHG emissions trend can be largely attributed to falling emissions in the electric power sector,” according to the press release.

“This decrease was driven largely by a decrease in emissions from fossil fuel combustion resulting from a decrease in total energy use in 2019 compared to 2018 and a continued shift from coal to natural gas and renewables in the electric power sector,” according to the GHG Inventory website.

The inventory also calculates carbon dioxide removed from the atmosphere through forests and vegetation, and reports that the United States has seen a net decrease of 13% since the 2005 report.

By sector, the GHG Inventory reports:

The GHG Inventory has been compiled annually since 1993. It is submitted to the United Nations Framework Convention on Climate Change.

“The report is prepared by EPA in collaboration with numerous experts from other federal agencies, state government authorities, research and academic institutions, and industry associations. Under the United Nations Framework Convention on Climate Change (UNFCCC), national inventories for UNFCCC Annex I parties should be provided to the UNFCCC Secretariat each year by April 15,” according to the press release.