The EPA is proposing to phase down the production and consumption of hydrofluorocarbons (HFCs), which are highly potent greenhouse gases (GHGs) commonly used in refrigerators, air conditioners, and many other applications. This is the EPA’s first proposed ruling under the American Innovation and Manufacturing (AIM) Act of 2020. 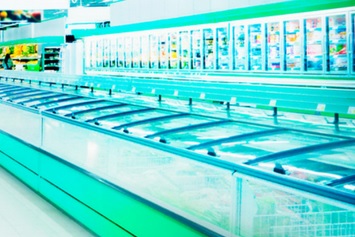 “The AIM Act directs EPA to sharply reduce production and consumption of these harmful pollutants by using an allowance allocation and trading program,” according to the EPA press release. “This phasedown will decrease the production and import of HFCs in the United States by 85% over the next 15 years. A global HFC phasedown is expected to avoid up to 0.5 °C of global warming by 2100.”

“With this proposal, EPA is taking another significant step under President Biden’s ambitious agenda to address the climate crisis,” said EPA Administrator Michael S. Regan. “By phasing down HFCs, which can be hundreds to thousands of times more powerful than carbon dioxide at warming the planet, EPA is taking a major action to help keep global temperature rise in check.… Put simply, this action is good for our planet and our economy.”

The AIM Act received bipartisan congressional support and was backed by a variety of industry organizations, as it provides regulatory certainty for phasing downs HFCs.

“American companies are at the forefront of developing HFC alternatives and the technologies that use them, and the AIM Act allows these companies to continue to lead and innovate internationally,” according to the EPA.

The EPA’s proposal for the phasedown will set baseline consumption and production levels; “establish an initial methodology for allocating HFC allowances for 2022 and 2023[;] and create a robust, agile, and innovative compliance and enforcement system.”

“EPA estimates that the present value of the cumulative benefits of this action is $283.9 billion from 2022 through 2050, and that the proposal will yield cumulative compliance savings for industry,” the Agency says. “In 2036 alone, the year the final reduction step is made, this rule is expected to prevent the equivalent of 187 million metric tons of carbon dioxide (CO2) emissions – roughly equal to the annual greenhouse gas emissions from one out of every seven vehicles registered in the United States. The total emission reductions of the proposal from 2022 to 2050 are projected to amount to the equivalent of 4.7 billion metric tons of CO2 – nearly equal to three years of U.S. power sector emissions at 2019 levels.”

The proposed rulemaking calls for 2022 allowances to be issued by October 1, 2021, with plans to revisit the approach for subsequent years in a later rulemaking. “In addition to proposing to establish a general HFC allowance pool and a set aside pool (e.g., for new market entrants), the proposal outlines how EPA plans to issue allowances for specific applications listed in the AIM Act that the agency was directed to provide allowances for, such as mission-critical military applications,” the EPA adds.

The rule is expected to be finalized later this year.