Cal/OSHA, California’s state regulatory agency responsible for occupational safety and health, is known for being stricter and more active in rulemaking than its federal counterpart. Here, we provide key information about the status of several current rulemaking efforts, upcoming compliance deadlines, and standards taking effect soon for California employers.

Hotel housekeeping rule
In March, the state finalized a rule to protect hotel housekeepers from musculoskeletal injuries, such as those resulting from lifting mattresses, pulling linens, pushing heavy carts, and slipping or falling while cleaning bathrooms. The new rule, which takes effect July 1, requires employers in the hotel and lodging industry to establish, implement, and maintain an effective Musculoskeletal Injury Prevention Program (MIPP) that includes procedures to identify and evaluate housekeeping hazards through worksite evaluations that include housekeeper input; procedures to investigation musculoskeletal injuries to housekeepers; methods to correct identified hazards; and training of employees and supervisors on safe practices and controls and a process for early reporting of injuries to the employer.

Electronic recordkeeping and antiretaliation
In 2016, federal OSHA amended its injury and illness recordkeeping standard to require certain employers to submit data from their injury and illness records to OSHA electronically. The standard also added provisions to the recordkeeping rule mandating employee involvement in injury and illness recordkeeping and explicitly prohibiting retaliation against employees who report work-related injuries or engage in other protected activities. Cal/OSHA is required to adopt a standard that is at least as effective as federal OSHA’s rule, and a draft proposal is currently under review. However, in April, federal OSHA announced that affected employers in all states, including states that have not completed adoption of the electronic recordkeeping rule, are nevertheless required to submit calendar year 2017 data from their OSHA 300A annual summary forms by July 1, 2018, using OSHA’s Injury Tracking Application. California establishments with 250 or more employees, as well as establishments with 20-249 employees in certain high-hazard industries, are required to meet this deadline.

Indoor heat
California already has a heat illness prevention standard that applies to outdoor places of employment. A separate standard for indoor workplaces is in development, with a proposed rule expected by January 2019. The most recent draft, published in February, would require many employers to ensure adequate access to water, maintain cool-down areas, assess the workplace for heat illness risk factors and implement appropriate control measures, develop emergency response procedures for heat illness, allow employees to acclimate gradually to high heat, provide employee training, and implement a Heat Illness Prevention Plan. The standard would apply in any indoor work area where the temperature is 85 degrees Fahrenheit (85°F) or higher when employees are present, as well as to indoor work areas in certain high-risk industries, or where employees wear clothing that impedes heat removal, when the temperature is 80°F or higher when employees are present.

Workplace violence in general industry
Cal/OSHA already has a workplace violence standard that applies to healthcare employers. The agency has drafted a comparable standard for general industry, which is modeled on the healthcare rule with some modifications. A meeting was held in January, and Cal/OSHA is in the process of reviewing comments and preparing an updated draft, which would become new General Industry Safety Orders (GISO) Section 3343. 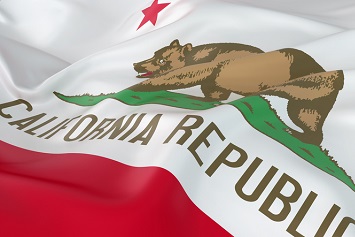