Nearly 8 years after the Association of American Railroads (AAR) challenged provisions of OSHA’s Cranes and Derricks in Construction rule (August 9, 2010, Federal Register (FR)), the Agency has issued a formal proposal to address the AAR’s concerns. (The AAR’s petition remains with the U.S. Court of Appeals for the D.C. Circuit, but the two parties subsequently reached a settlement agreement in which OSHA committed to the rulemaking.) 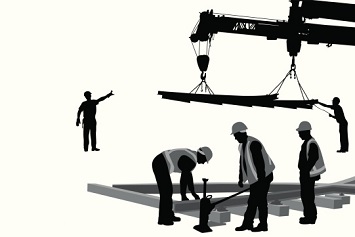 The proposal would exempt, entirely, certain railroad roadway maintenance machines from the requirements of the 2010 standard and create limited exemptions for other equipment used by railroads for track-related construction activities other than bridge construction. While this equipment may fall within the definitions included in the Crane and Derrick standard (i.e., power equipment that includes some type of hoisting device), OSHA was persuaded by the AAR, officials with the Federal Railroad Administration (FRA), and labor organizations that the lack of a record of significant injuries or fatalities resulting from the use of cranes or derricks for railroad track construction and maintenance indicated that the proposed exemptions would not diminish worker safety in the railroad industry.

The proposed revisions include two groups of exemptions—one for certain equipment with low-hanging attachments used to perform track work and a second for certain requirements applicable to all railroad machines used in track construction and covered by OSHA’s standard.

For example, one roadway maintenance equipment exemption applies to flash-butt welding trucks. These machines are equipped with an attachment designed to suspend and move a welding workhead low and close to the rails to weld two sections of rail together. Other machines that would fall within this proposed exemption are similarly designed to suspend and move specific operation workheads low to the rails.

“Because these machines are not capable of raising and suspending the workhead more than a few feet above the ground or roadbed, and the weight and structure of the workhead does not appear to present any danger of equipment tip-over at any point during the workhead’s full range of motion, OSHA preliminarily accepts AAR’s assertion that equipment in this class does not present the types of safety hazards that OSHA intended to address in its crane standard,” says OSHA.

Accordingly, the proposal would explicitly exempt flash-butt welding trucks and “other railroad roadway work machines equipped only with hoisting devices used to suspend and move their workhead assemblies low and close to the rails.” 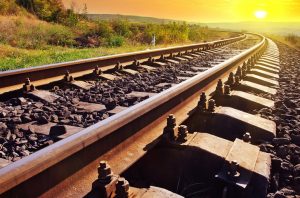 The proposed exemptions would apply only when the equipment is used in track work—that is, work on the railroad ties supporting the tracks, the ballast and roadbed that support the track and ties, and the poles and other structures on which railroad signal devices and signage are mounted.

Also, the proposal explicitly excludes roadway maintenance machines engaged in bridgework from the limited exemptions in that section. “The use of cranes and derricks on bridges exposes workers to the same hazards as in other construction work,” states OSHA.

In certain cases, the exemptions would apply only with the approval of a registered professional engineer (RPE).  For example, the RPE would need to determine that clamps or stops, which prevent equipment from rolling, are not necessary and also approve any equipment modifications that are not specified in the manufacturer’s guidance.

OSHA estimates that the proposed exemptions will save operators between $15 million and $17 million annually.