In conjunction with a new report by Public Citizen, 130 groups have petitioned U.S. OSHA to initiate rulemaking for the first federal standard to protect indoor and outdoor workers from occupational exposure to excessive heat. 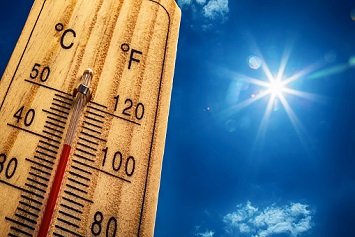 Both the report and the petition list the provisions petitioners believe should comprise OSHA’s standard. These provisions are, in part, based on standards to protect workers from extreme heat that have been formalized by California, Minnesota, and Washington, the only three states that have instituted and implemented protective heat standards for their workers.

“The National Institute for Occupational Safety and Health (NIOSH), a component of the Centers for Disease Control and Prevention that provides research-based evidence to support OSHA’s regulatory mission, explained it is generally estimated that two in 1,000 workers are at risk of heat stress,” state the petitioners. “This suggests that approximately 260,000 workers outside of California, Washington, and Minnesota are at risk of heat-related illnesses and deaths with no standard in place to protect them.”

Public Citizen cites federal data indicating that exposure to excessive environmental heat killed 783 U.S. workers and seriously injured 69,374 workers from 1992 to 2016. But the historical data may not reflect how climate change is raising the risk now and will continue to make conditions worse for workers.

According to the report, 374,000 agriculture workers and 1.8 million workers in the construction industry did their jobs in extreme heat during an average day during the week of July 4, 2018.

“The blistering holiday week was yet another reminder of what we face as temperatures continue to rise and heat waves become more frequent,” says Public Citizen. “Seventeen of the 18 hottest years on record have occurred since 2001.”

This is not the first time OSHA has been urged to issue a heat stress standard. In 1972, NIOSH recommended a standard requiring employers to protect their workers from heat stress. An OSHA advisory committee reviewed the recommendation and agreed with it. NIOSH made the same recommendation in 1986 and 2016.  Public Citizen and other groups had also sent OSHA a petition similar to the current petition at the end of the summer of 2011.

The report notes that under the Occupational Safety and Health Act’s General Duty Clause, OSHA has issued citations against employers because workers were endangered by high heat. But the General Duty Clause carries with it a high burden of proof, which would not be the case with a specific standard. For example, Public Citizen points out that California completed 7,082 inspections resulting in at least one heat standard violation between 2013 and 2017. During that same time frame, federal OSHA conducted only 142 inspections nationwide resulting in at least one heat-related citation under the General Duty Clause.

The report and the petition indicate that a federal standard should:

“Many of these elements were noted as missing [at places of employment] in citation reports that OSHA has issued to employers under the general duty clause for putting their workers at risk of heat-stress,” states Public Citizen. “That is to say, OSHA’s investigators recognize that these protections are necessary to protect workers in hot conditions.”