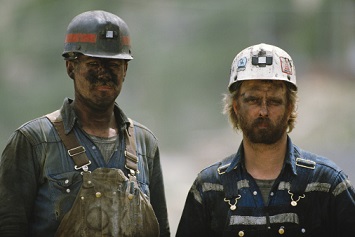 “One in ten underground coal miners who have worked in mines for at least 25 years were identified as having black lung,” NIOSH states in a new report. “Coal miners in central Appalachia [Kentucky, Virginia, and West Virginia] are disproportionately affected with as many as 1 in 5 having evidence of black lung—the highest level recorded in 25 years.”

According to NIOSH, this latest national estimate of 10 percent is higher than the previous NIOSH estimate last reported using data from 2012, which found 7 percent of coal miners who worked more than 25 years in underground mines had evidence of black lung.

NIOSH notes that by the late 1990s, the proportion of screened miners with black lung disease reached the lowest level on record. However, after that time, the nationwide prevalence of black lung has increased.

“Recent NIOSH research indicates an unprecedented increase in progressive massive fibrosis (PMF), the most severe form of black lung disease, after the prevalence of PMF had fallen to 0.08% among all miners examined by NIOSH in the CWHSP in the late 1990s,” NIOSH states. “When we excluded miners from central Appalachia, the prevalence for the remainder of the United States was lower, but an increase since 2000 remains evident.”

“Current CWP prevalence estimates will likely be reflected in future trends for severe and disabling disease, including progressive massive fibrosis,” NIOSH adds in its report, which was published in the American Journal of Public Health.

NIOSH does not address the reasons for the increase in the disease. However, stakeholders point to several relatively recent developments, including the use of more sophisticated mining equipment that generates finer dust particles, which exacerbates the onset of disease when they reach the lungs. 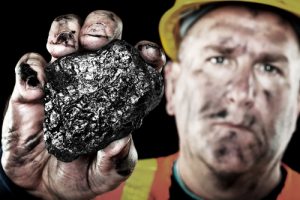 In addition to medical screenings, a miner protection program should involve both detecting and controlling airborne coal dust. The most common type of sampler used in the mining industry is the gravimetric sampler. In addition, real-time dust samplers, which include personal dust monitors (PDMs), have also been approved by the U.S. Mine Safety and Health Administration (MSHA) for use in underground mines. There are many types of dust control techniques, the application of which varies depending on the type of mining.

In 2014, the MSHA issued a major rule to increase protections for coal miners (May 1, 2014, Federal Register (FR)). Requirements included new obligations for employers to sample for respirable coal mine dust and lowered concentration limits for respirable coal mine dust per cubic meter. In 2015, the MSHA reported that 99 percent of 23,600 dust samples were in compliance with the standards.