In November 2017, the U.S. Government Accountability Office (GAO) reported that injury and illness rates among workers at meat and poultry slaughter and processing plants declined from 2004 through 2015 but that in 2015, the industry still had the 8th-highest number of severe injury reports of all industries. The GAO reported on several areas where worker safety could be improved and made recommendations. 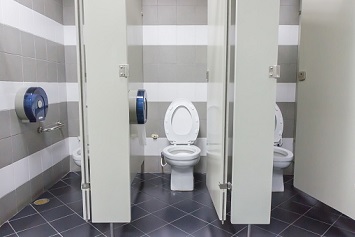 But the condition in plants that seemed to concern the GAO the most was the difficulty workers had in “gaining timely access to bathrooms.” The GAO stated:

“Meat and poultry workers may be denied timely bathroom breaks because they work in an assembly line environment, which generally requires workers to be replaced if they leave their station. Workers we interviewed in all five states said their requests to use the bathroom are often delayed or denied, and workers in two states said they fear punishment if they ask to use the bathroom too frequently or complain about lack of bathroom access to their supervisors or to OSHA.”

The GAO further found that OSHA inspectors “may not be aware of the scope of bathroom access issues, which meat and poultry workers we interviewed in all five states said was a concern, because the agency’s reliance on interviewing workers on-site may cause it to miss concerns of workers who are afraid to speak up.”

In addition, said the GAO, OSHA inspectors do not always ask specifically about bathroom access, and workers who experience bathroom access problems may not volunteer this information.

OSHA has interpreted its sanitation standard (29 CFR 1910.141) to require that employers provide employees with “prompt access to the facilities when needed” (see interpretive memo). The same memo states that denial or delay of bathroom access can result in various serious health effects, such as urinary tract infections, constipation, abdominal pain, and hemorrhoids. 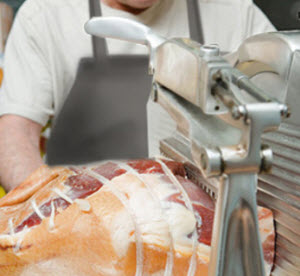 Not a Widespread Problem

Despite the GAO’s findings, OSHA officials told the GAO that they did not believe lack of bathroom access was a widespread problem in the meat and poultry industry. OSHA did issue a citation in March 2016 to a meat plant related to bathroom access; previously, several similar citations were withdrawn when the employers reached formal or informal settlements with OSHA.

Among its recommendations in the report, the GAO said that OSHA should gather more information by asking workers during meat and poultry plant inspections to determine the extent to which bathroom access is a problem and how to address any identified issues.

OSHA responded that it could not commit to routinely asking about bathroom access at each meat and poultry inspection. The reason, said OSHA, is that its inspectors do not routinely ask questions about potential hazards that go beyond the scope of an inspection unless those hazards are in plain sight.

OSHA’s refusal to agree to the recommendation troubled several members of Congress.

“For over 20 years, OSHA has known that bathroom access is an occupational health hazard in meat and poultry plants; the first citation for lack of bathroom access were issued to a poultry plant in the late 1990s,” the lawmakers wrote to OSHA. “Further, OSHA has a regional emphasis program for the poultry process industry in Region’s IV and VI, which includes ‘assess[ing] the adequacy of toilet and sanitary facilities and worker access to them’ as part of the program. Logic dictates that the only effective method to ascertain whether that particular hazard exists is to ask workers.”

“Given OSHA’s statutory mandate to assure safe workplaces so far as possible, it is imperative that OSHA adopt these two commonsense measures—asking workers about bathroom access and conducting offsite interviews,” the letter continued. “This could help prevent injury and illness among particularly vulnerable workers.”

While there is no information available yet on whether and how OSHA has altered its inspections at meat and poultry processing plants, employers at these facilities are advised to take actions to ensure that worker health is not put at risk because of lack of access to bathrooms.