The use and misuse of both illicit and prescription drugs are affecting a growing number of employers. Whether marijuana or opiates are obtained legally or illegally, both are present in the workplace. An increasing number of workers are even dying on the job from drug and alcohol overdoses. The most acute hazards are faced by firefighters, police officers, and other emergency responders, as well as cleanup workers. 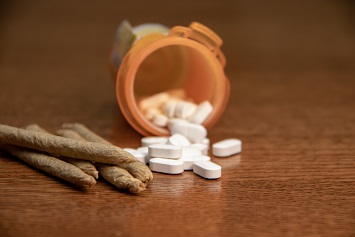 These issues have been fueled by a number of developments:

These have led to four key problems:

Marijuana was the most commonly detected substance in worker drug tests, according to Quest Diagnostics, a company that tests workers’ urine samples for employers and performs patient blood, urine, and other diagnostic tests for healthcare providers. Quest reported that positive results for marijuana increased by more than 33% between 2015 and 2017.

Some users fail to exercise caution surrounding their marijuana use.

With more states enacting laws approving medical or recreational marijuana use, an industry has quickly expanded to meet consumer demand. The American Industrial Hygiene Association (AIHA) voiced several concerns about the cannabis industry in its recent public policy agenda, including:

Participants in the emerging cannabis industry may be unprepared for and ill-equipped to handle the health and safety hazards involved with the growing, processing, and retail sale of marijuana.

The California Division of Occupational Safety and Health (Cal/OSHA) recently cited a marijuana processing company for a workplace explosion in which an employee suffered burns. When the employee was using propane to extract cannabis oil from leaves, the propane ignited, causing an explosion.

At an outdoor organic farm where marijuana is harvested and processed, NIOSH reported finding that:

Investigators recommended the employer rotate workers to reduce the duration of repetitive hand motions and wipe work surfaces to remove THC. At a medical marijuana processing facility, NIOSH researchers had a longer list of suggestions for the employer. They suggested that the employer:

Overdoses on the Job

Overdoses and even overdose deaths are becoming increasingly common occurrences in the workplace.

A National Safety Council (NSC) survey found most employers are unprepared to cope with opioids and especially prescription opioids in the workplaces.

The NSC found that:

The standard five-panel drug test checks for amphetamines, cocaine, heroin, marijuana, and phencyclidine (PCP). It does not screen for dilaudid, fentanyl, hydrocodone, or oxycodone.

The policy should clearly state that prescription drugs should be taken in the standard dosage according to a physician’s instructions. The NSC also suggests that employees share their job description with the prescribing physician to determine whether a prescribed medication would interfere with the employees’ assigned duties. The employees also should ask whether a non-opioid medication could be prescribed for pain.

Supervisors should be trained to recognize typical behavioral and performance-related signs of impairment.

An employer-sponsored EAP can be a cost-effective way to address prescription painkiller dependence or addiction. However, the NSC noted that while many companies offer EAPs, few employees use them. Employees can often fear a stigma or negative ramifications resulting from using their employer’s EAP. The NSC suggested that employers educate their employees in the value of their EAP.

Because overdoses, even fatal ones, are occurring on the job, NIOSH has recommended that employers consider having Naloxone on hand in the workplace to reverse opioid overdoses. Naloxone, sold under the brand names Narcan and Evzio, can reverse an opioid overdose.

The symptoms of an overdose include:

Police officers, emergency medical services providers, and other responders routinely carry Naloxone for that purpose. However, Naloxone only counters the effect of opioid overdoses and not overdoses of other drugs or alcohol.

Employers contemplating a Naloxone program must weigh a number of issues, including:

The greatest hazards are faced by police and emergency responders to scenes where synthetic opioids like fentanyl and its analogues are present. A quantity as small as a poppy seed can be fatal to humans. Even police working dogs exposed to fentanyl or other synthetic opioids have suffered fatal overdoses.

As part of the federal government’s response to an epidemic of opioid use, NIOSH developed a health and safety topic page on its website about prevention of fentanyl exposures among emergency responders and law enforcement officers. Law enforcement personnel at risk include special operations officers and crime scene and evidence technicians, as well as workers who clean up seized opioid manufacturing sites.
Emergency response, fire, and police employees face the risk of several routes of exposure, including: