At the beginning of a video released by the National Institute for Occupational Safety and Health (NIOSH), a police officer is exposed to fentanyl and experiences symptoms of an overdose. The video serves to highlight the risks to first responders who may be exposed to fentanyl on the job, along with recommendations to stay safe during such incidents. 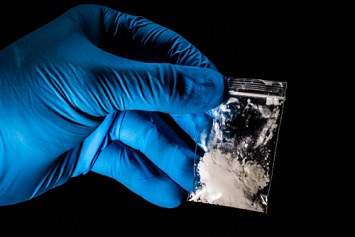 The video, Illicit Drugs, Including Fentanyl: Preventing Occupational Exposure to Emergency Responders, opens with real-life footage from a body camera worn by a Blacksburg, Virginia, police officer responding to an overdose call.

A few minutes into the video, a fellow officer becomes visibly distressed. He starts to have difficulty breathing. Soon the officer can no longer stand; finally, the officer wearing the body camera administers Narcan® (naloxone) to counteract an overdose.

NIOSH investigated and produced a Health Hazard Evaluation (HHE) of the incident where several police officers suffered exposure to opioids. The video and the HHE examined how the exposure occurred.

On April 26, 2018, three police officers responded to a 911 call about a person with a possible drug overdose in a hotel room. Upon entering the hotel room, the officers saw drug paraphernalia and powder that appeared to be illicit drugs. Laboratory testing later revealed opioids, cocaine, methamphetamine, and cathinones (“bath salts”) were in the hotel room.

NIOSH concluded the potential routes of exposure to opioids were inhalation and touching the eyes, nose, or mouth. The officers wore short-sleeved uniforms, gloves, and half-face piece respirators with P100 filters.

NIOSH has specific recommendations for incidents like the one in Blacksburg, Virginia:

Officers should be trained to change or remove gloves after completing tasks that involve potential contamination with illicit drugs and must know how to remove gloves safely.

What Should Police Departments Do?

Opioid exposure is an increasingly common hazard for all first responders—emergency medical technicians, firefighters, and police officers. NIOSH has additional recommendations for police department policies and training practices, including:

Emergency responders must quickly assess hazards and determine the level of exposure when arriving on the scene of an incident. There are three levels of exposure: