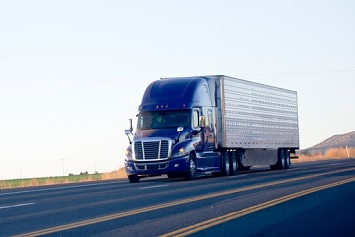 “The results of this study indicate that a comprehensive approach to reducing crashes—which includes deploying advanced technology and building a strong organizational safety culture—can reduce fatalities and injuries on our roadways,” Alex Epstein, National Safety Council (NSC) director of transportation safety said in a statement.

NSTSCE researchers worked with the NSC, insurer Travelers, and state trucking associations and identified nine carriers that experienced significant improvements in safety, including ones once classified as “high risk” by the Federal Motor Carrier Safety Administration (FMCSA). Researchers looked for common factors that contributed to the fleets’ improved safety performance.

The study found that six out of the nine carriers reported building a strong safety culture that improved safety outcomes. The six carriers that developed strong safety cultures experienced substantial reductions in FMCSA-reportable crashes. The carriers noted that driver and management buy-in to safety programs were important factors in their results. Some also reported getting buy-in from other parts of the carrier’s organization, such as the operations department and dispatch. Other best practices that helped build a strong safety culture included:

Six out of the nine also reported adopting at least one advanced safety technology that significantly improved safety outcomes. One carrier reported a 56 percent decrease in preventable rear-end collisions after equipping its trucks with automatic emergency braking systems.

Some of the other safety technologies the carriers utilized included: 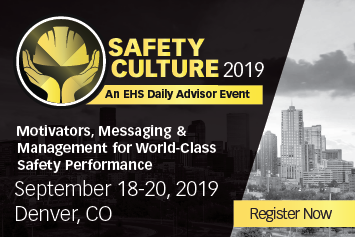 Learn more about how to improve your organizational safety culture at Safety Culture 2019!

The study’s findings back up previous research that suggests there’s a connection between a carrier’s organizational safety culture and actual safety performance.

None of the carriers that saw significant safety improvements attributed their results to any one change or technology. Instead, all made comprehensive changes ranging from putting new management practices in place and implementing new technologies to improving driver and manager training, hiring guidelines, scheduling, and vehicle maintenance procedures.

“Overall, the carriers attributed their success not to one ‘single fix’ solution but rather the fact that they adopted a comprehensive approach to safety culture and practices within their companies, specifically the adoption of advanced safety technologies,” according to Matthew Camden, research associate with the Virginia Tech Transportation Institute (VTTI) and the study’s principal investigator.