The Occupational Safety and Health Administration (OSHA) is seeking nearly $1.6 million in penalties from an Illinois manufacturer. The agency cited AB Specialty Silicones, LLC, for 12 willful federal safety violations after 4 employees suffered fatal injuries in an explosion and fire at the company’s Waukegan, Illinois, plant on May 3, 2019. 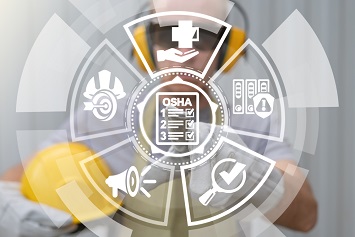 Investigators with the Waukegan, Illinois, fire department have been unable to determine the cause of the explosion. The U.S. Chemical Safety and Hazard Investigation Board (CSB) also dispatched investigators to the facility. The CSB has not issued a statement or a report on the cause of the incident.

“An employer’s adherence to safety and health standards, including the proper use of electrical equipment and forklifts when handling flammable liquids, is critical to preventing fire, explosions and other incidents that can seriously or fatally injure workers,” Acting Regional Administrator Nancy Hauter said in an agency statement.

The agency alleges the following violations at the AB Specialty Silicones facility:

Only diesel-powered DY or electric EE and EX forklifts may be used in locations where volatile flammable liquids or flammable gases are handled, processed, or used.

“By ignoring safety and health requirements, this employer created an unsafe work environment with deadly consequences,” according to Principal Deputy Assistant Secretary of Labor for Occupational Safety and Health Loren Sweatt.

An employer can be placed in OSHA’s SVEP after employee fatalities or if the agency determines the employer is recalcitrant or indifferent to its obligations under the Occupational Safety and Health Act (OSH Act).

Severe violators are subject to mandatory follow-up inspections. Other steps the agency takes with severe violators include issuing regional or national news releases and sending letters to corporate officers about the company’s obligations under the OSH Act.

The names of companies on OSHA’s SVEP log can be found in a publicly downloadable spreadsheet.