What have OSHA’s compliance officers been up to lately? Take a look at some of the more significant enforcement cases from the past several months to find out. From the usual suspects like fall hazards and excavations to some less typical cases, recent enforcement activity illustrates the importance of a strong safety and health program for employers of all types and sizes. 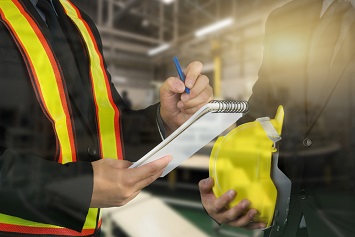 Fall protection in construction has been OSHA’s most violated standard for many years, and roofing contractors receive approximately half of all the citations issued under this standard. As the cases below illustrate, these patterns show no sign of changing any time soon:

A National Emphasis Program launched in 2018 has focused enforcement and compliance assistance resources on trenching and excavation hazards. Recent enforcement cases highlight the results of these efforts:

Discount retailers have repeatedly come under OSHA’s scrutiny over the past few years, with a number of six-figure fines for obstructed exit routes, unsafe storage practices, and other hazards. As these cases illustrate, that trend shows no sign of abating:

Rhinoceroses and Film Production: A Look at Two Unusual Cases

OSHA has a reputation for citing the same hazards in the same industries year in and year out. But that doesn’t mean the agency never deals with more…unusual dangers. These cases serve to remind employers that just because a hazard isn’t governed by a specific regulation, that doesn’t negate the duty to assess risks and provide appropriate safeguards to protect employees.