State Driver Licensing Agencies (SDLAs) will have 3 more years before they must comply with the Commercial Driver’s License Drug and Alcohol Clearinghouse (Clearinghouse) rule under a new rulemaking issued December 13 by the Federal Motor Carrier Safety Administration (FMCSA). 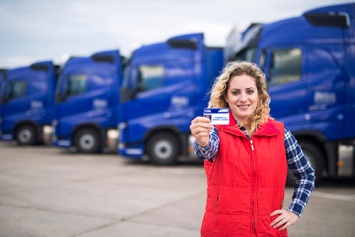 Employers still must query the database beginning January 6, 2020, when considering any commercial motor vehicle (CMV) driver for employment. They also must annually request Clearinghouse records for all current employees. Employers may not allow a driver to operate a CMV if the driver has not completed the return-to-duty requirements following a drug or alcohol violation.

The Clearinghouse has been operational since October 1 and will begin accepting information requests January 6. States’ compliance, however, is delayed until January 6, 2023.

The Clearinghouse rule was promulgated December 5, 2016, in the waning days of the Obama administration and was mandated by provisions of the Moving Ahead for Progress in the 21st Century Act (MAP-21, Pub. L. 112-141).

MAP-21 required the FMCSA to develop and maintain a central repository of records of CMV drivers’ drug and alcohol violations. The rule would have required SDLAs to request information from the Clearinghouse.

Although the compliance date has been delayed, states may request records from the Clearinghouse beginning January 6, 2020.

The American Association of Motor Vehicle Administrators (AAMVA), an association representing driver licensing agencies from the 50 states and the District of Columbia, petitioned the FMCSA June 29, 2017, asking the agency to address operational issues related to state compliance. Issues raised by the states’ agencies include:

The FMCSA said it is working on a proposed rule (“Clearinghouse II”) that would address the specific issues raised by the AAMVA.

The Owner-Operator Independent Drivers Association (OOIDA) suggested that the FMCSA delay all the Clearinghouse requirements to avoid confusion about Clearinghouse implementation. The American Trucking Associations (ATA) expressed disappointment in the FMCSA’s proposed delay of the states’ query requirement by 3 years.

The FMCSA decided it is not necessary to delay the other requirements for motor carrier employers and their service agents. States may request information from the Clearinghouse during the 3-year voluntary query period. The agency said SDLAs themselves should decide what, if any, action to take if a query indicates the CDL applicant is prohibited from operating a CMV due to a drug and alcohol program violation.