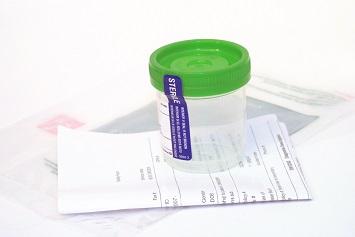 FMCSA forms for the 2018 survey were sent to 4,480 randomly selected motor carriers. The agency received 1,908 completed forms, resulting in usable data from 1,552 carriers from the random controlled substance testing of 300,635 CDL holders. Nonusable data came from entities that went out of business, were exempt from testing, had no testing program in place, or belonged to consortia that did not test any drivers for the carrier in 2018.

Regulations compel the FMCSA to change the minimum required testing because of the increased positive test rate in 2018. The FMCSA estimates the increased cost to the industry of testing more drivers to be between $50 million and $70 million.

When the minimum annual percentage rate for random drug testing is 50%, the administrator may lower the rate to 25% of all driver positions only if the positive rate is less than 1% for 2 consecutive calendar years. Analysis of 2021 test results may not be completed until sometime in 2022, making 2023 the earliest the minimum rate could return to 25%.

Marijuana was the most commonly detected substance in all tests, according to Quest. Marijuana positivity rates increased by 33.3% for transportation and warehousing between 2015 and 2017.

The NSC urged Illinois and other states to enact laws prohibiting marijuana-impaired driving and workplace impairment to accompany their medical and recreational marijuana laws.

The NSC and the American College of Occupational and Environmental Medicine (ACOEM) both issued statements last fall expressing concern about the workplace safety implications of the continued push for decriminalization and legalization of marijuana.