Temporary workers have a higher overall injury rate than permanent workers in the same occupations, National Institute for Occupational Safety and Health (NIOSH) researchers found in a study of Ohio workers’ compensation claims. 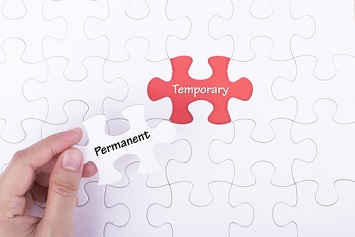 Findings published in a study in the American Journal of Industrial Medicine were consistent with those from earlier studies of Illinois and Washington State workers’ compensation claims. However, the Ohio study covered a longer period of time.

The differences in injury rates for temporary and permanent workers were pronounced in certain industries—agriculture, construction, and extraction, as well as for causes of injuries—contact with objects and equipment and exposure to harmful substances or environments.

Temporary workers who became injured were younger and had less time in their jobs, sometimes less than a year, than permanent workers. Temporary workers had higher injury rates but lower lost-time and medical costs. Injured temporary workers also were more likely to be male.

NIOSH researchers analyzed over 1.3 million workers’ compensation claims in Ohio from 2001–2013, including 45,046 claims from workers employed by temporary service agencies, to compare the injury risk for temporary and permanent workers.

Some states have worker right-to-know laws requiring that temporary workers be informed of their rights under the workers’ compensation system. Massachusetts requires that workers be informed about the types of work and tasks involved in the work for which they are hired. NIOSH suggested that other states consider similar statutes.

NIOSH and OSHA have developed recommended practices for host employers and staffing agencies to ensure the safety and health of temporary workers. NIOSH and OSHA recommendations include: