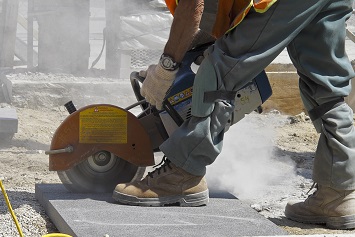 Changes in the replacement NEP include:

The former TWA PELs for respirable quartz silica were calculated based on silica content and were approximately equivalent to 100 µg/m3 for general industry and 250 µg/m3 for construction and shipyards.

OSHA will conduct 90 days of compliance assistance for stakeholders through its area offices before beginning programmed inspections for the NEP.

The targeted industries listed in the appendix to the NEP directive include support activities for oil and gas operations; electric power generation, transmission, and distribution; and dozens of manufacturing industries. The NEP includes a separate list of industries not targeted because they employ less than 2% of workers exposed to silica. However, an area office may include establishments in those industries if the office has specific data or knowledge of silica overexposures or there is an insufficient number of establishments on an office’s master list generated from the industries listed in the first appendix.

The enforcement directorate also instructed area offices to delete establishments from their programmed inspection lists if any establishments had a comprehensive or focused health inspection for respirable crystalline silica hazards within the past 3 fiscal years once the NEP has been in effect for 3 years and the inspection resulted in one of the following outcomes: