The Federal Motor Carrier Safety Administration (FMCSA) reported 25,168 drug violations among commercial motor vehicle (CMV) drivers for 2020 as of June. On July 13, the FMCSA released a June monthly report for its Drug and Alcohol Clearinghouse. 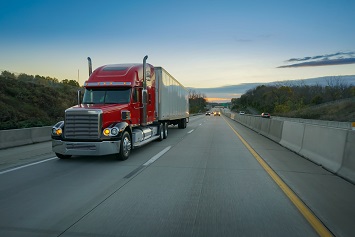 The Clearinghouse began accepting registrations on October 1, 2019, and the FMCSA’s Commercial Driver’s License Drug and Alcohol Clearinghouse rule became effective on January 6. The central repository of records of CMV drivers’ drug and alcohol violations is intended to prevent drivers from concealing any drug or alcohol violations simply by moving to another job or another jurisdiction.

Marijuana accounted for nearly half of the positive drug test results, followed by cocaine, amphetamine, and methamphetamine.

Impact of Hemp Legalization on Drivers

The Department of Transportation’s (DOT) Office of Drug and Alcohol Policy and Compliance (ODAPC) continues to receive calls from CMV drivers who tested positive for marijuana after using cannabidiol (CBD) products, the ODAPC reported in a July 13 presentation for the FMCSA’s Motor Carrier Safety Advisory Committee.

On February 18, the ODAPC issued a notice that while DOT does not require employers to test employees in safety-sensitive positions for CBD use, some CBD or hemp products may contain levels of tetrahydrocannabinol (THC) that can trigger a positive result for marijuana use.

The Agricultural Improvement Act of 2018 (PL 115-334) removed hemp from the definition of marijuana under the Controlled Substances Act. The act defined hemp as cannabis containing not more than 0.3% THC on a dry weight basis.

The act cleared the way for industrial hemp uses and the extraction of nonpsychoactive CBD oils from hemp crops. However, some CBD products may contain THC. An analysis of 84 CBD products sold online found 21 were mislabeled and 18 contained concentrations of THC up to 6.43 milligrams per milliliter (mg/mL), according to the ODAPC’s presentation.

The ODAPC noted that the consequences for drivers posed by CBD products can be severe: