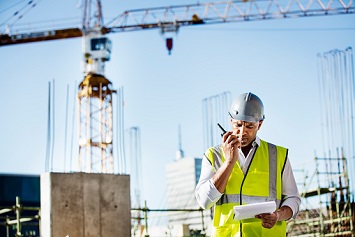 The safety regulations of other federal agencies can preempt OSHA workplace safety and health standards under the provisions of section 4(b)(1) of the Occupational Safety and Health Act. The FRA regulation, which preempts the OSHA standards, covers safety training and certification or operators and use of railroad cranes and railroad roadway maintenance machines (RMMs) equipped with hoisting devices.

The Association of American Railroads (AAR) and a number of individual railroads filed suit in federal court challenging OSHA’s cranes and derricks standard when it was promulgated on October 7, 2010. OSHA has reached a settlement agreement with AAR, but the petitions remain before the U.S. Court of Appeals for the District of Columbia Circuit.

The settlement agreement is tailored to address the aspects of the railroad industry that differ significantly from the typical construction work covered by the crane standard.

The FRA issued final safety-related regulations on November 7, 2014; on March 19, 2019, it informed OSHA it intended to preempt OSHA’s cranes and derricks standard in railroad workplaces.

The agency decided to amend the cranes and derricks standard despite the FRA’s exercising the preemption through its own regulations to clarify which regulations apply in railroad workplaces.

The FRA regulations also preempt any OSHA training, evaluation, and certification requirements for operators of RMMs. The new exemptions include RMMs such as flash-butt welding trucks and similar railroad equipment and RMMs used in out-of-level work, as well as rail clamps, rail stops, and work-area controls. Out-of-level operation is a long-standing and necessary practice in the railroad industry because the ballast and roadbed are sloped. Accepted industry practices already address issues in out-of-level work.

OSHA also acknowledged the lack of significant injuries or fatalities resulting from the use of cranes or derricks for railroad track construction and maintenance. The agency further recognized a consensus between labor and management groups on generally accepted safety practices in the railroad industry, ensuring workplace safety despite the exemption from OSHA’s standard.

OSHA’s 2010 crane standard resulted from a negotiated rulemaking that incorporated industry standards and labor best practices into regulatory requirements to prevent crane tipovers, electrocution from crane contact with power lines, workers from being struck by the equipment or loads, crane collapse because of improper assembly, and other hazards associated with the operation of cranes in construction work.

OSHA’s revisions to the cranes and derricks standard take effect on November 16.