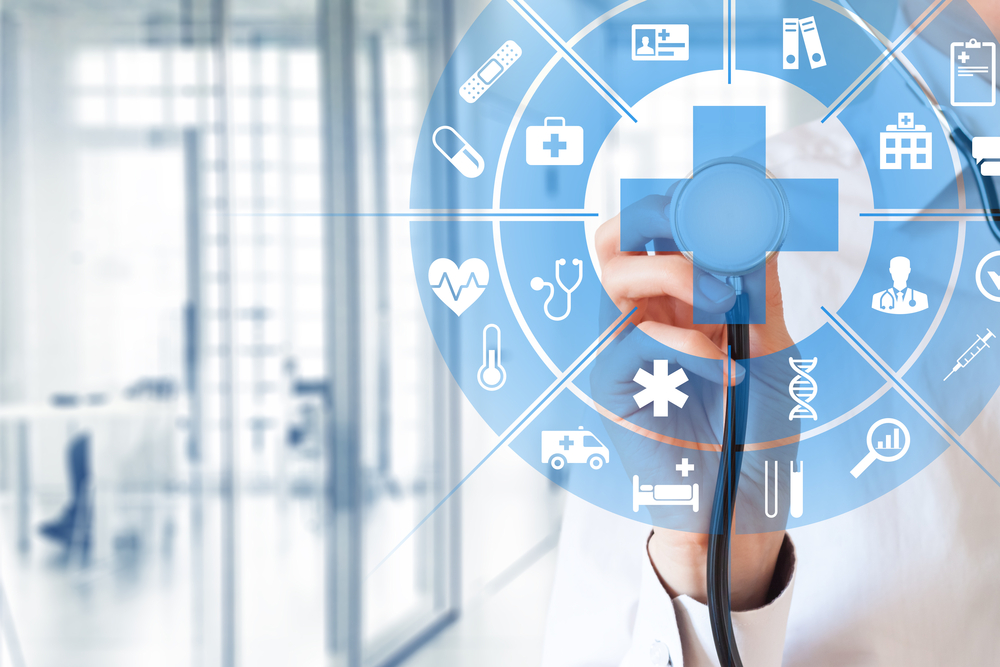 The relationship between occupational safety and health and overall worker health has never been clearer than in the past year with the outbreak of coronavirus disease 2019 (COVID-19) both in communities and at the workplace. However, worker health has always had direct and indirect impacts on workplace accidents, injuries, workers compensation claims, and healthcare costs. In response, many researchers and professional safety groups have embraced the National Institute for Occupational Safety and Health’s (NIOSH) Total Worker Health (TWH) approach.

Health promotion or wellness really isn’t all that different from worker safety and health protection.

To begin with, a number of workplace conditions that affect worker well-being are within your control. They start with the basic design of positions in the workplace, including job demands and pressures, the frequency of shiftwork, and the length of the workday, and extend to the degree of autonomy and flexibility your employees have and the quality of interactions your employees have with both their coworkers and their supervisors.

The HITEC program was developed with guidance from one of NIOSH’s TWH Centers of Excellence and the Center for the Promotion of Health in the New England Workplace. NIOSH’s TWH approach combines traditional occupational safety and health, focused solely on workplace injury and illness prevention, with health promotion, or wellness, programs. The institute has six Centers of Excellence supporting an affiliate network that identifies promising practices related to a TWH approach.

While there still is a gap in understanding the interaction between workers’ occupational and nonoccupational exposures, researchers at NIOSH and elsewhere are working to close it. This knowledge gap has become increasingly complicated by the rise of contingent or “gig” work. Your own employees may have different exposures on temporary or part-time jobs.

New technologies may help identify those risks. Analyzing information collected from wearable sensors could give researchers and managers a better sense of workers’ total exposures on multiple jobs or even off the job.

Not all health risks show up at the home or on other jobs, however; some are inside the building. The COVID-19 pandemic has brought new attention to indoor environmental quality (IEQ). Some of the emergency temporary standards (ETSs) put in place by states like California, Michigan, Oregon, and Virginia encourage employers to maximize ventilation. It can range from reconfiguring heating, ventilation, and air conditioning (HVAC) systems to circulate a higher volume of fresh outside air to installing high-efficiency particulate air (HEPA) filters or ultraviolet germicidal irradiation (UVGI) in workplaces with repeated or major COVID-19 outbreaks.

ASHRAE (formerly, the American Society of Heating, Refrigerating, and Air-Conditioning Engineers) issued a statement that filtration and increased ventilation can reduce the presence of the SARS-CoV-2 virus, which causes COVID-19, but also suggested non-HVAC interventions like reducing building capacity and promoting social distancing and proper hand hygiene.

While some HVAC systems cannot support HEPA filter use, ASHRAE recommended using filters with a minimum efficiency reporting value (MERV) of 13, but a MERV 14 (or better) filter is preferred.

Reopening after long shutdowns or ramping up after periods of reduced operations also has raised the opportunity for the development of legionella bacteria in building systems. You need to be aware of potential contamination, but it can be hard to find clear guidance. A group of researchers at Purdue University found success with completely flushing plumbing fixtures before the university’s reopening. 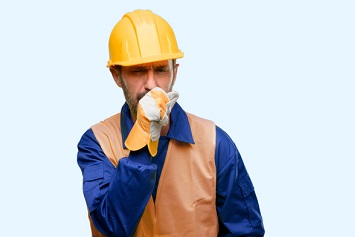 If you’re planning a building or renovation project, you need to be mindful of control options for specific tasks and the building’s configurations and protections for HVAC systems during the bidding and planning processes, as well as communicate hazards to employees both before work begins and after work concludes.

A strained healthcare system could also result in other infectious disease concerns, like developing gaps in the measles-mumps-rubella (MMR) vaccination. While there were several measles outbreaks last year, you need to follow guidance from your local public health department in the event of a workplace measles outbreak. Mandatory vaccination efforts could run afoul of the Americans with Disabilities Act or state, county, or municipal vaccine exemptions.

Even environmental tobacco smoke is still an issue in some workplaces. Nearly one-fifth of nonsmokers were exposed to secondhand smoke at work, according to the Centers for Disease Control and Prevention (CDC). The CDC found that 19.9% of nonsmokers had some exposure on the job, and 10.1% had frequent exposures. Nonsmoking workers in the commercial and industrial machinery and equipment repair and maintenance industry had the highest prevalence of secondhand smoke exposure—65.1%—and the highest reported number of exposed workers was in the construction industry at 2.9 million.

However, lung disease can be an issue even in workplaces free of secondhand smoke. CDC researchers found instances of chronic obstructive pulmonary disease (COPD) among nonsmoking workers in the information industry and in office and administrative occupations. COPD is an obstructive lung disease, which includes chronic bronchitis and emphysema. Occupational exposures to dust and toxins accounted for an estimated 26% to 53% of COPD cases. Workers in the information industry and office and administrative-support occupations can be exposed to glues, inorganic and organic dusts, isocyanates, irritant gases, paper dust and fumes from photocopiers, oil-based ink, paints, solvents and other chemicals, and toxic metal that can lead to development of COPD.

You might also find yourself facing problems with worker drug use or mental and emotional health issues, especially when handling worker compensation claims. Researchers found that prescriptions for antidepressants, benzodiazepines, and opioids to treat anxiety, depression, and pain led to the highest medical costs and slowest workers’ compensation claim closures. Higher costs have become the norm when anxiety or depression occurs along with chronic pain. Prescriptions for antidepressants along with opioids should alert you to both higher costs and delayed case closure.

Perhaps the most troubling mental health problem you may encounter among your employees is workplace suicide. Suicides peeked worldwide during the last recession, but workplace suicides reached an all-time high of 304 in 2018.

Suicides can be especially high in construction work. If you’re in the construction industry, you may want to consider offering a suicide prevention toolbox talk to try to destigmatize seeking help or displaying posters both in the office and at worksites describing warning signs of suicide risks and listing available resources like employee assistance programs (EAPs). You also need your supervisors to respond to an incident to stem the possibility of any “social contagion” that could lead others to attempt or commit suicide.

Risk factors in construction include a predominantly male workforce largely composed of temporary workers who can also skew young and may include a culture of risk-taking and drug and alcohol abuse.

Marijuana use is becoming an increasing concern in the workplace, as several states passed ballot initiatives in the most recent election permitting medical and/or recreational use of cannabis. Marijuana remains the most commonly detected controlled substance in workplace drug tests, and motor carriers must test half their drivers for controlled substance use. Employee impairment from marijuana use repeatedly shows up as a top concern in employer polls conducted by the National Safety Council (NSC). 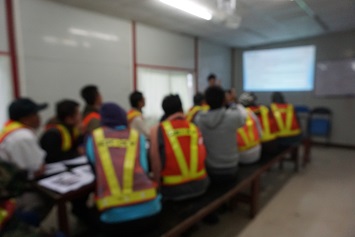 NIOSH and its state partners may be able to help with training for safety and health professionals. For example, a TWH alliance in Oregon has created a TWH curriculum that includes a 3-hour “Total Worker Health 101: The Basics” class and modules on “Workplace Solutions” and “Fatigue and Sleep.”

Fatigued, sleep-deprived employees may be costing you in ways that include accidents, injuries, and lost productivity. A typical employer with 1,000 employees can expect to lose more than $1 million a year due to fatigue, according to NSC research. Absenteeism; presenteeism, when employees are at work but not fully functional; and increased healthcare costs all can impact your bottom line.

Fatigue can be serious, affecting balance, coordination, and motor skills, as well as cognitive functioning. Fatigue has been identified as a root cause of some of the worst industrial accidents in the United States, including the 2005 BP Texas City oil refinery explosion, the 2010 Deepwater Horizon oil spill, and the 1979 Three Mile Island radiation leak.

Shiftwork can be a huge factor in worker fatigue. Accident and injury rates are 18% greater during evening shifts and 30% greater during night shifts when compared with day shifts, according to the Occupational Safety and Health Administration (OSHA).

The American Industrial Hygiene Association (AIHA) has encouraged NIOSH’s TWH program to maintain a focus on worker fatigue. The NSC has even developed an online Fatigue Cost Calculator so you can estimate the bottom-line costs of worker fatigue.

Sleep deprivation also may be a factor, and it may be worth having your employees screened for obstructive sleep apnea (OSA). As many as 25 million Americans may have OSA, a sleep disorder caused by blocked airways characterized by gasping or loud snoring and resulting in poor sleep quality.

An NSC survey found 43% of workers are not getting enough sleep. Experts recommend adults get at least 7 hours of sleep daily.

You may want to take an interest in overall worker health, as well as their on-duty health and safety.