On April 20, the Occupational Safety and Health Administration (OSHA) cited Dollar Tree Stores for repeat, serious violations at its Beverly Hills, Florida, store. The agency concluded that the company exposed workers to fire, entrapment, and struck-by hazards; blocked exit routes; and improperly stacked boxes and other materials that might fall and injure workers. OSHA is seeking $265,265 in proposed penalties. 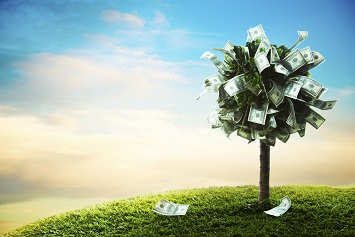 The company has 15 business days from receipt of its citations and penalties to comply, request an informal conference with OSHA’s area director, or contest the findings before the independent Occupational Safety and Health Review Commission.

Dollar Tree for several years has exposed its store employees across the country to hazardous working conditions such as blocked exits and improperly stacked boxes and materials, according to OSHA. The agency has inspected company locations more than 300 times since 2016.

“Dollar Tree Stores have a history of not taking the safety of its workers and customers seriously,” OSHA’s Tampa, Florida, Area Director Danelle Jindra said in an agency statement.

“Until appropriate precautions are taken to protect their employees from these well-known and frequent hazards, OSHA will continue to hold them accountable,” Jindra continued.

Agency inspectors also cited the company for a repeat, serious violation of the general materials-handling standard (§1910.176) at the Beverly Hills store. Inspectors found that materials and boxes in the retail area were stored or stacked in a way that was not secure or stable enough to prevent materials from collapsing or sliding. Under the standard, material must be stored in tiers that are stacked, blocked, interlocked, and limited in height to prevent collapse or sliding. The agency is seeking a proposed penalty of $126,733 for the violation.

Dollar Tree Inc., headquartered in Chesapeake, Virginia, is an operator of discount variety stores, serving North America for more than 30 years. The company employs about 193,000 associates, according to OSHA, and operates stores under the Dollar Tree, Family Dollar, and Dollar Tree Canada brands.