An unprecedented near miss is a once-in-a-work-life occurrence for most. Although they aren’t positive experiences, they should always be used as a positive learning opportunity to eliminate future risk; the incident described within should not be treated any differently. “It’s always good to share these types of incidents. Hearing about others’ experiences provides insight and knowledge to keep you aware of your surroundings,” adds Isaiah Robinson, Lead Man at D. C. Taylor Co. in Cedar Rapids, Iowa. 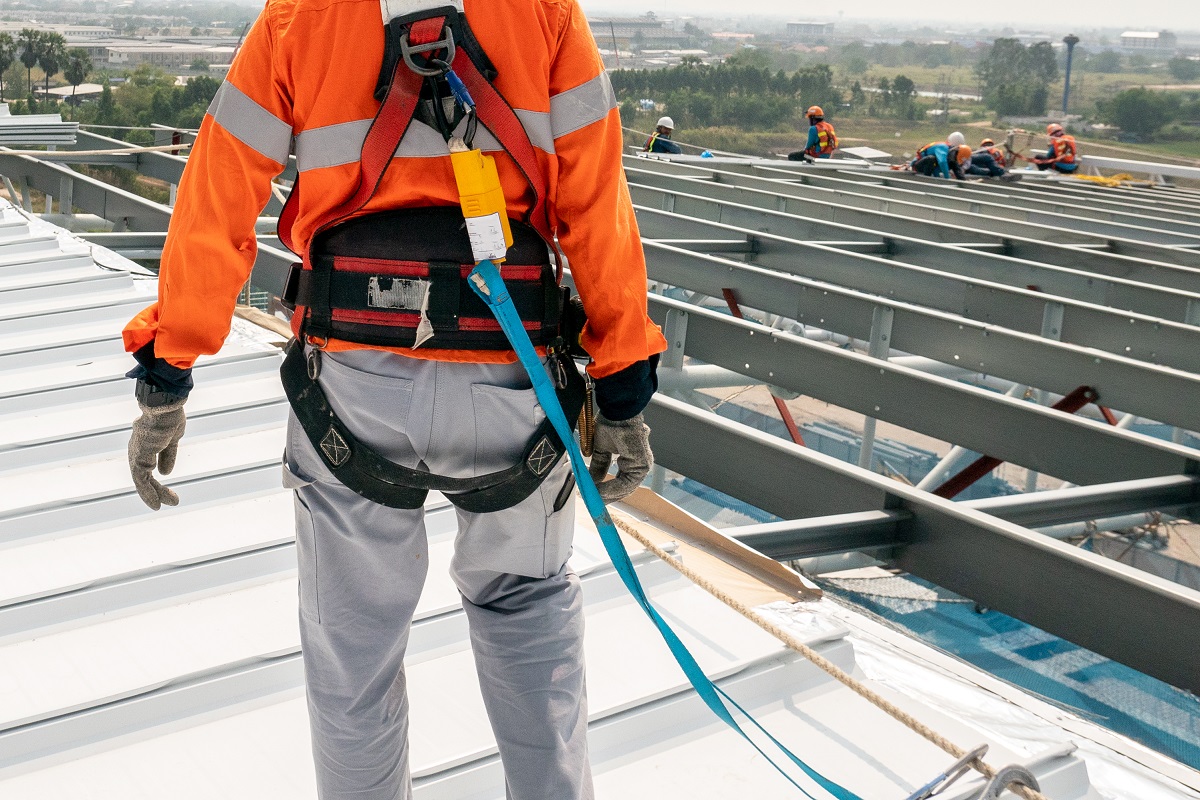 A warehouse storage company recognized the need for a reroofing project at its Muscatine, Iowa, warehouse. The project entailed replacing the existing roof system (ballasted EPDM over a built-up roof) with new insulation and a TPO membrane. The building owner had already identified areas of the roof where the deck needed to be replaced once the roof was removed. The owner contracted with Cedar Rapids-based commercial/industrial roofing contractor D. C. Taylor Co.

The project would be completed in two stages: a partial roof deck replacement in December 2020 and the remainder of the roof getting torn off and new insulation and membrane being laid the following spring.

Once the pea gravel was removed from the roof, three individuals from D. C. Taylor Co. completed a thorough prejob deck inspection. The Vice President—Service, a service project supervisor, and a service technician conducted the visual inspection. The structural integrity of the precast concrete deck panel was determined by examining both the surface of the roof deck (once the roof materials were removed) and the underside (from the building interior) for cracks, spalling, etc. The three men agreed that, aside from the areas already set for deck replacement, the roof deck appeared to be in good condition.

The fall protection plan was reviewed, and the crew donned appropriate personal protective equipment (PPE). In addition to the personal equipment, the safety setup included:

The men connected their 33-ft leading edge self-retracting lifelines (SRLs) before entering the controlled access zone. All lifelines were connected to a mobile anchor cart 17 ft from the edge of the deck replacement area. All safety precautions complied with OSHA regulations and D. C. Taylor Co.’s PPE Guide and deck replacement policy requirements.

The three-man crew demolished two areas of precast concrete deck panels totaling 740 square feet (sq ft) and replaced it with new, conventional 22-guage, type B steel decking. While the remainder of their work on this project did not necessitate the same level of fall protection, the crew remained in fall arrest. 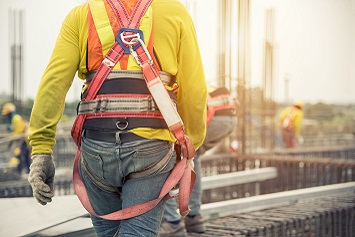 The Near Miss Incident

One of the crew members was walking to the deck replacement area when a section of concrete deck that was previously inspected and deemed stable broke in two. The roofer fell through the collapsed roof area. The mobile anchor cart claw engaged, but his SRL did not engage its brake and slowly lowered him 12 ft–15 ft to the interior level. Thankfully, there was no machinery or processes below; the height didn’t require a rescue.

He was uninjured, surprised, and grateful for the slow descent; however, the SRL should have stopped his fall entirely. The SRL’s shock pack did not engage, and the impact indicator on the harness was still intact. After inspecting the equipment, there was no indication of an impact at all. “With no visible signs like cracks or holes in the concrete, my main reaction was just shock. After falling, I was still in shock and thinking, ‘That is definitely not right. How did that happen?’” recalls Robinson.

When the roofer fell, the cable snapped to the left, directly in line with the mobile anchor cart positioned 17 ft away from the edge. Once the cable became taught, in line with the cart, it set the claw and wedged the SRL cable into a new crack on the edge of the remaining concrete panel that created a jagged pitch point. This slowed the speed of the cable, prohibiting the locking mechanism (activated by centrifugal force) from engaging and completely stopping the fall. In this specific near miss scenario, there was no negative impact because there was no hazard below the worker, but in many other circumstances, this could have had a much worse outcome.

By assessing the equipment used, work practices, and sense of security, we can identify how this event could have been prevented or the hazard eliminated. As previously stated, although a reliable fall arrest system was deployed, with no indicators of potential risk, many phantom hazards existed. The following are some of the appropriate alternatives and the hazard they’re intended to protect against:

D. C. Taylor Co. will continue to implement fall arrest for most deck replacement projects but will look for opportunities to work in fall restraint and off the floating decks when able.

The commercial/industrial roofing contractor will implement, where applicable, the use of floating decks to prevent breakthrough of suspected deck systems, especially precast concrete and plywood roof decks. A floating deck is typically 20- to 22-gauge metal that is supported by and secured to the deck and structural members to provide a safe walking-working surface.

Additionally, the fall protection plan, whenever relevant, will require that crews pay closer attention to purlin direction on the underlying structure; this relates to cable impact with a solid surface and stopping the SRL if a breakthrough happens.

D. C. Taylor Co. is consistent in maintaining a good rescue plan on every jobsite. Rescue options, job location, and important emergency phone numbers are identified, discussed, and documented before every job start. Project supervisors and leads are trained in competent person rescue, and all personnel are equipped with and trained to use trauma straps for self-rescue. Additionally, each crew trains on (and carries) an 18-ft rescue pole, with carabiner and tagline, as well as a rescue ladder. In the incident described here, rescue was not required; however, D. C. Taylor Co. is always prepared in case it is.