Does evidence of a hazard in a workplace or even evidence of an injury provide a reasonable suspicion that an inspection of the workplace would reveal violations of the Occupational Safety and Health (OSH) Act? 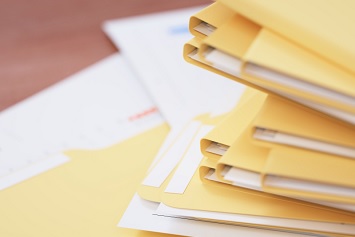 That question was central to a case involving a large poultry processing facility in Georgia. OSHA contended that the answer is yes. But a U.S. district court disagreed, and that conclusion was upheld by a panel of the U.S. Court of Appeals for the 11th Circuit.

The case involves Mar-Jac Poultry, which, in 2016, reported to OSHA that an employee had been injured while attempting to repair an electrical panel using a noninsulated screwdriver. OSHA sent an inspection team to the facility. The team inspected the hazards that caused the electrical injury and then informed management that it wished to conduct a comprehensive inspection of the entire facility. Management refused this request.

Instead, management provided OSHA with a copy of its 300 log, a form on which employers are required to record information about injuries to employees that occur in the workplace. OSHA concluded that the log suggested violations in six areas common to poultry processing—recordkeeping; ergonomic hazards; biological hazards; chemical hazards; struck-by hazards; and slip, trip, and fall hazards.

OSHA went on to ask a magistrate judge for a warrant to inspect hazards in the areas listed in the log. While the OSH Act does not explicitly require that OSHA obtain a judicial warrant to conduct inspections, judicial precedent has established that unless the employer consents, such a warrant is required by the Fourth Amendment to the U.S. Constitution.

The magistrate judge granted the warrant but, then, after a further review requested by Mar-Jac, recommended to a U.S. district court that the inspection warrant be quashed. The district court agreed to quash the warrant, adding that OSHA could apply for a new warrant with a reduced scope.

Evidence of a Violation

In its rebuttal to the district court’s finding, OSHA said the court had confused the terms hazard and violation and mistakenly believed that evidence of a hazard is wholly distinct from evidence of a violation. Rather, OSHA contended, hazards can be violations. The Agency pointed to the injuries reported in the 300 log, explaining that because there was an injury, there must have been a hazard, and because there was a hazard, there is likely a violation to be found.

“It is simply not the case that the existence of a hazard necessarily establishes a violation,” the panel stated.

The panel looked specifically at the information about employee injuries provided in Mar-Jac’s 300 log. The panel concluded that the “one- or two-line description for each recordable injury or illness” in the log “leaves the reader knowing little, if anything, about the actual cause of the injury or illness.”

“The existence of injuries thus does not necessarily mean that the injuries were caused by OSHA violations, or justify the issuance of an administrative warrant for evidence of OSHA violations,” said the panel.

The court proceeded to march through information provided in the log in each of the five areas for which OSHA sought a warrant to inspect. In each case, the panel found that the low number of recorded injuries in a facility with more than 1,000 employees was insufficient to support issuance of a warrant to inspect for violations in those areas.

“As the magistrate judge and the district judge both noted, OSHA may file a new application for a warrant to inspect as to these potential violations, and the judicial officer will determine anew whether OSHA has established the required administrative probable cause,” the panel concluded.