Public Citizen urged the Secretary of Labor and head of the Occupational Safety and Health Administration (OSHA) to establish a federal standard for protecting workers from heat stress. The group cited recently overturned OSHA citations as evidence of the need for a standard. 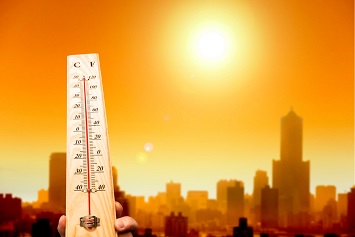 The Occupational Safety and Health Review Commission vacated OSHA’s citations of A.H. Sturgill Roofing, Inc., under the General Duty Clause of the Occupational Safety and Health Act. Employers have a duty to protect employees from recognized hazards that could cause death, illness, or injury. The review commission pointed out the difficulty for employers to address hazards like excessive heat that are not covered by an established federal standard.

Public Citizen and 111 other groups called on OSHA to take swift action to protect workers from rising temperatures due to climate change. They pointed to National Air and Space Administration data showing 18 of the past 19 years have been the hottest on record.

The group also cited Bureau of Labor Statistics data that heat stress has killed 815 workers and injured or sickened more than 70,000 others from 1992 through 2017. The letter’s authors also mentioned several specific incidents in addition to the death of Sturgill’s temporary employee who died 3 weeks after collapsing on the job:

Public Citizen, along with more than 130 other groups and 90 individuals, petitioned on July 17, 2018, for a heat exposure standard. In a letter to Loren Sweatt, Deputy Assistant Secretary of Labor for Occupational Safety and Health, the petitioners requested a standard that would include hazard control, monitoring, recordkeeping, and training requirements.

Public Citizen pointed out in the petition that California, Minnesota, and Washington have state standards for heat exposure. Review commission members in the Sturgill case noted that while there is no federal heat-illness standard, California has had one since 2006. States with approved occupational safety and health programs must have standards “at least as effective” as federal standards.

Washington’s Department of Labor and Industries recently reminded employers that its heat exposure rules are in effect from May 1 to September 30 every year. Washington has standards for outdoor heat exposure in agriculture and general industry, as well as, standards for firefighters’ heat and cold stress exposure and heat-related illness prevention for wildland firefighters.

Employers are not entirely without information about preventing heat-related illness even without a federal heat-exposure or heat stress prevention standard. Three states have heat stress standards and provide compliance or enforcement guidelines. The National Institute for Occupational Safety and Health (NIOSH) developed criteria for a possible federal standard for occupational exposure to heat and hot environments.

NIOSH recommended engineering and administrative controls and personal protective equipment that include: