Participants in a workers’ compensation fraud scheme were recently sentenced in federal court in San Diego, California. Dozens of marketers, doctors, lawyers, and medical service providers conspired to bilk the workers’ compensation system in California, according to the Federal Bureau of Investigation (FBI) and the U.S. Attorney’s Office for the Southern District of California. 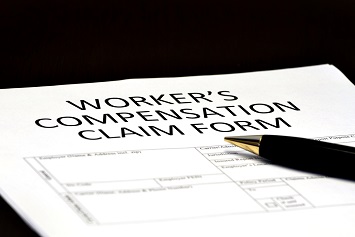 So far, 32 people and companies in the scheme have pleaded guilty, and 5 have been convicted by a jury, the FBI said in a July 2 statement.

The group recruited seasonal, migrant construction and farmworkers who regularly travel back and forth between California and Mexico, the government alleged. Workers were recruited in Central America and Mexico to act as patients, enabling attorneys and physicians to file fraudulent workers’ compensation claims. The attorneys, physicians, and other medical services providers then paid kickbacks to the ring’s leaders for referring patients.

“The corrupt attorneys and doctors had the same goal—to bill as much as possible,” Special Agent Jeffrey Horner, who investigated the case out of the FBI’s San Diego Field Office, said in a statement.

The conspirators corrupted the doctor/patient relationship, the U.S. Attorney’s Office for the Southern District of California said in its sentencing filing, and the physicians involved in the scheme came to see price tags on every patient’s body parts. Patients were subjected to unnecessary and sometimes painful treatment to pad the providers’ billing. For example, a patient with a simple knee injury might be referred for urine tests, DNA tests, sleep studies, unnecessary medical equipment, and numerous MRIs on body parts in addition to the injured knee. This happened with hundreds of patients, the FBI stated in its news release.

Some of the penalties that U.S. District Judge Cynthia A. Bashant imposed included the following:

If you believe an employee has filed a suspicious claim, you must take steps to protect yourself and your business.