With the exception of a waiver denial in 2007—which was later reversed—the EPA has granted every request California has made since the first request was granted in 1968 to allow the state to set its own vehicle emissions standards. That record is now ended with the EPA’s final rule that withdraws its January 2013 waiver of federal preemption of the state’s Advanced Clean Cars (ACC) program, which established greenhouse gas (GHG) emissions standards and a zero-emission vehicle (ZEV) mandate for model year (MY) 2021–2026 vehicles. 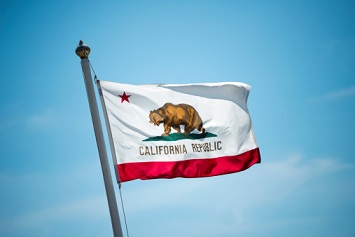 The repeal and preemption rules fulfill one part of the agencies’ August 2018 Safer Affordable Fuel-Efficient (SAFE) Vehicles Rule, which seeks to establish one set of vehicle emissions and CAFE standards for the nation. Under the proposal, the agencies also want to weaken CAFE and GHG standards applicable to MYs 2021–2026, which the Obama administration promulgated in 2012.

When writing the Clean Air Act (CAA), Congress recognized that California had both air pollution problems that were unique in the nation and a record of developing cutting edge solutions to those problems. Those factors set the stage for the CAA’s waiver provision. Also, Congress allowed that once California set a vehicle emissions standard that is more stringent than the federal standard, any other state may adopt California’s standard. Currently, 14 states and the District of Columbia have adopted California’s GHG emissions standard.

The agencies assert that the EPA’s legal authority to repeal California’s waiver is derived from the EPCA, which provides that federal CAFE standards must preempt state fuel economy standards. As the agencies see it, because GHG emissions are a factor of fuel economy, the EPCA’s preemption provision “has the effect of preempting state programs to regulate tailpipe GHG emissions.”

This may be a debatable legal argument by the Trump administration given that California’s GHG standards do not mention fuel economy. But the agencies ask, poetically, “‘What’s in a name? That which we call a rose by any other name would smell as sweet.’ Arguments focused on form, or worse—labels—over substance are not persuasive.” The agencies add, somewhat more scientifically:

“It is a matter of undisputed fact that the more fuel a vehicle burns or consumes, the more carbon dioxide it emits. There is a necessary relation between the regulation of one side of this equation and the regulation of the other. In other words, improving fuel economy has two inherently related benefits: reducing fuel consumption and reducing carbon dioxide emissions. State and local governments cannot evade the preemptive sweep of EPCA by emphasizing only one side of these benefits and downplaying or ignoring the other when describing their regulations.”

States, environmental groups, and other commenters have countered that the EPCA is silent on GHG emissions, and therefore, the agencies have built a false relationship between that statute and the CAA. Three attorneys writing in February 2019 for the American Constitution Society expand on that argument:

“‘[T]hat DOT sets mileage standards in no way licenses EPA to shirk its environmental responsibilities. EPA has been charged with protecting the public health and welfare … a statutory obligation wholly independent of DOT’s mandate to promote energy efficiency. The two obligations may overlap, but there is no reason to think the two agencies cannot both administer their obligations and yet avoid inconsistency.’

“And EPCA preemption challenges to California’s greenhouse standards have been rejected by every federal court that has heard them.”

Also, in comments on the EPA/NHTSA’s 2018 proposal, the Environmental Defense Fund (EDF) notes that the courts afford federal agencies considerable deference when interpreting an unclear law.

“But in the case of preempting state authority to protect the health and welfare of its residents, agencies do not get that deference,” said the EDF. “Add to that Congress’s explicit protection of California’s authority, and the lawyers at EPA are holding a losing hand.”

The EDF and other environmental groups will likely team up with the states in contesting the EPA/NHTSA’s action. The day after the agencies issued the rule, California, the attorneys general of 23 other states, and the cities of Los Angeles and New York filed a complaint with the U.S. Court of Appeals for the D.C. Circuit asking the court to declare the NHTSA’s preemption regulation unlawful.