The National Institute for Occupational Safety and Health (NIOSH) plans to survey short-haul truck drivers about health and safety issues. NIOSH’s parent agency, the Centers for Disease Control and Prevention (CDC), is seeking Office of Management and Budget (OMB) approval for a pilot study. 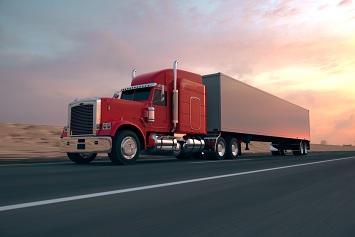 Long-haul truck drivers operate heavy trucks and tractor trailers with a capacity of at least 26,000 pounds gross vehicle weight. Local short-haul drivers operate no more than 150 miles from their employers’ terminals each day and generally return home each night after work. Long-haul drivers travel much greater distances and are away from home for long periods of time.

NIOSH is requesting 12-month OMB approval to collect information on the local short-haul trucking industry and how the interplay between job design and individual health behaviors affects the safety, health, and well-being of commercial drivers.

The data collected would be used to characterize work organization in local short-haul commercial driving and then analyzed to examine the association between work design and driver physical health, mental health, well-being, and safety.

Plans for a pilot survey include:

These working conditions contribute to drivers’ health problems, such as obesity, obstructive sleep apnea, and Type II diabetes, which, in turn, place drivers at greater risk for roadway crashes.

NIOSH found that compared with other U.S. workers, drivers had higher body mass index, cigarette use, and pack years of smoking. Physical activity level was low for most drivers, and 25 percent had never had their cholesterol levels tested. However, drivers had generally lower levels of alcohol consumption.

The majority of drivers surveyed said noncrash injuries were not reported to employers, and 15 percent did not feel that worker safety was a high priority for management.

The Federal Motor Carrier Safety Administration (FMCSA) recently proposed easing the hours-of-service rules for both long-haul and short-haul drivers. The agency is reviewing comments received and has scheduled a public hearing in December on its proposal.