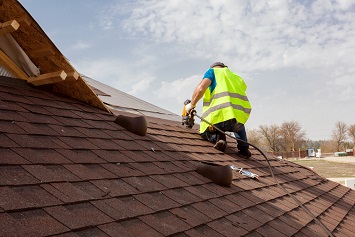 “Employers must ensure that employees working from heights are provided and wear proper fall protection,” Loren Sweatt, Principal Deputy Assistant Secretary of Labor for Occupational Safety and Health, said in an agency statement.

OSHA proposed $136,128 in penalties for one serious and two willful violations at the Emmaus worksite. The agency cited Webb with a serious violation of general electrical safety requirements and willful violations of the fall protection and ladders standards.

OSHA continues to hand out six-figure and even million-dollar penalties for violations of fall protection standards. However, the consequences may extend beyond OSHA civil penalties. A Maine roofing contractor may be facing a 30-year prison sentence if convicted under that state’s workplace manslaughter law.