According to the EPA and the Department of Transportation’s National Highway Traffic Safety Administration (NHTSA), ensuring that Americans can buy the types of cars and light trucks they prefer is at the heart of the EPA’s/NHTSA’s final rule amending and establishing carbon dioxide (CO2) and fuel economy standards for passenger cars and light trucks. 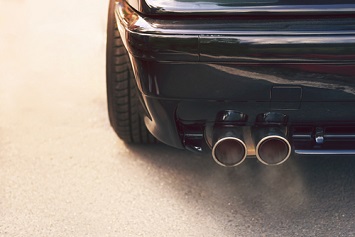 The rule—called the Safer Affordable Fuel-Efficient (SAFE) Vehicles Rule for model years (MYs) 2021–2026—states, “The EPA standards are designed to require reductions of CO2 emissions over time from the vehicle fleet as a whole, but also to provide sufficient flexibility to automotive manufacturers so that firms can produce vehicles that serve the needs of their customers.” According to the agencies, when compared with the 2012 Obama-era greenhouse gas (GHG) and Corporate Average Fuel Economy (CAFE) standards, which the SAFE Vehicles Rule will replace, purchase prices for U.S. consumers for new vehicles would be $977 to $1,083 lower, on average, than they would have been if the agencies had retained the standards set forth in the 2012 rule.

Where Are the Benefits?

But calculating cost to consumers, as well as to the nation as a whole, is a subject of deep disagreement between the current EPA/NHTSA and those who do not see the new rule as an improvement over the older one. The agencies point out that vehicles that will be able to meet the new GHG and fuel efficiency standards will be less expensive than those that can meet the 2012 standards (including electric vehicles and plug-in hybrid electric vehicles, which were seen as an important trend for the future in the 2012 rule). Others argue that, under the new standards, vehicle consumers will have to pay an average of $3,200 more for gasoline over the lifetime of a vehicle. The agencies counter by pointing to the explosive growth in domestic oil production, leading to a dramatic drop in gasoline prices, which will significantly lower the lifetime cost of fuel. But, reply opponents of the SAFE Vehicle Rule, cost also includes the impacts on public health from increased air pollution brought on by more fuel combustion. The agencies, in turn, respond that one result of the 2012 standards is that consumers are not paying more formore efficient and lower-emitting vehicles and will retain their older higher-emitting vehicles; this will result in more dirty air than the 2012 standards will eliminate.

What Do Manufacturers Want?

Also, there is no clear picture as yet about what vehicle manufacturers think of the SAFE Vehicle Rule. While the rule was well received by some pro-business organizations, auto manufacturers themselves are not yet ready to take a position. For example, the Alliance for Automotive Innovation, the nation’s leading auto-manufacturing organization, states that “it has consistently called for year-over-year fuel economy and greenhouse gas improvements that also recognize that the standards originally developed almost a decade ago are no longer appropriate in light of shifting market conditions and consumer preferences.” But the Alliance also states that “automakers need a policy environment that drives not only fuel economy improvements, but that also supports the infrastructure, market, and other conditions necessary for the transformation of light-duty vehicles to a lower- and net-zero carbon future.”

“We are carefully reviewing the full breadth of this final rule to determine the extent to which it supports these priorities,” the Alliance states.

Both the CAFE and CO2 standards in the SAFE Vehicle Rule are vehicle-footprint-based, as are the 2012 standards. Generally, this means that the larger the vehicle footprint, the less numerically stringent the corresponding vehicle CO2 and miles-per-gallon targets.

“As a result of the footprint-based standards, the burden of compliance is distributed across all vehicle footprints and across all manufacturers,” state the EPA/NHTSA. “Each manufacturer is subject to individualized standards for passenger cars and light trucks, in each model year, based on the vehicles it produces. When standards are carefully crafted, both in terms of the footprint curves and the rate of increase in stringency of those curves, manufacturers are not compelled to build vehicles of any particular size or type.”

Under the final rule, the NHTSA’s CAFE and the EPA’s CO2 emissions standards will increase in stringency by 1.5% per year in MYs 2021–2026 over MY 2020 levels. The NHTSA notes that the CAFE standards in the 2012 rule imposed an “unrealistic” improvement of 5% a year. In the 2012 rule, the EPA had projected GHG emissions reductions of 540 million metric tons over the lifetimes of MY 2022–2025 vehicles. Compared with the 2012 standards, the revised final standards are projected to result in about 1.9 billion gallons of additional fuel consumed and an increase in emissions of 867 to 923 million metric tons of GHG emissions. But again, the EPA/NHTSA insist that projections in 2012 standards were unrealistic because Americans were not buying costlier new vehicles. Indeed, the agencies note that the average age of vehicles on the road has grown from 10 years to 12 years—“the oldest fleet in history,” according to the EPA/NHTSA.

The final rule is the second part of the Trump administration’s overall program for cars and light trucks. In September 2019, “to ensure One National Program for automobile fuel economy and CO2 emissions standards,” the EPA withdrew a Clean Air Act (CAA) waiver that had previously allowed California to set its own vehicle standards. Four major vehicle manufacturers—BMW, Ford, Honda, and Volkswagen—agreed to meet California’s fuel efficiency standards. Also, as permitted by the CAA, 13 other states adopted California’s standards. All these states have filed suit against the EPA’s withdrawal of the waiver. California and other states have also asked for judicial review of a separate regulation by the NHTSA that preempted California’s GHG and zero-emission-vehicle (ZEV) standards. Legal challenges to the SAFE Vehicles Rule are also expected once the action is published in the Federal Register.