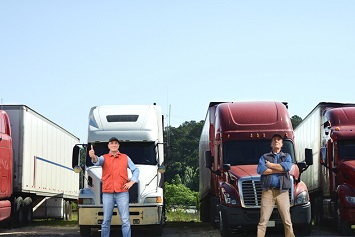 FMCSA temporarily waived requirements that a CLP holder be accompanied by a CDL holder seated in the front seat of a vehicle while the CLP holder operates a CMV. The waiver became effective March 28 and expires either on June 30 or the revocation of the President’s declaration of national emergency.

In a separate waiver, FMCSA:

FMCSA also will allow adjustments in the performance of mandatory random drug and alcohol testing. Motor carriers are required this year to select and test CDL holders at a 50% rate for drug testing and 10% for alcohol testing.

If motor carriers are unable to select and test drivers at those rates due to disruptions caused by the COVID-19 national emergency, they should make up the tests by the end of the year, FMCSA said in new guidance. However, motor carriers may not allow a prospective employee to perform safety-sensitive duties until the employer receives a negative pre-employment test result. They also may not allow a driver to return to duty until RTD testing has been performed and there is a negative result.

If a motor carrier cannot perform a post-accident alcohol test within 8 hours following an accident or controlled substance test within 32 hours of an accident, due to disruptions caused by the COVID-19 national emergency, the motor carrier must document in writing the specific reasons why the test could not be conducted.

Motor carriers also must document in writing the specific reasons why a reasonable suspicion test cannot be performed. Documentation should include observations leading to the reasonable suspicions, as well as, efforts to mitigate testing disruption, such as attempting to find an alternative test site.