The Department of Labor Office of the Inspector General (OIG) released an audit report of the Occupational Safety and Health Administration’s (OSHA) handling of whistleblower complaints during the coronavirus disease 2019 (COVID-19) pandemic. The OIG recommended that OSHA fill staff vacancies in the Whistleblower Protection Program (WPP), continue a pilot triage program in its Region II office, and develop a caseload management plan to evenly distribute complaints among investigators. 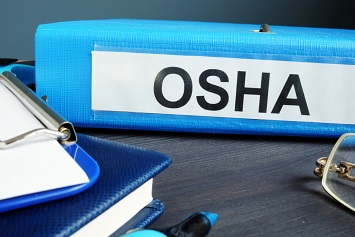 OSHA has seen a spike in whistleblower complaints since the COVID-19 pandemic was declared in March. COVID-19, a respiratory illness caused by the SARS-CoV-2 virus, currently is widespread in most U.S. communities and considered a workplace hazard. OSHA is responsible for investigating whistleblower complaints for 23 federal statutes, including the Occupational Safety and Health Act of 1970.

“The pandemic has raised concerns regarding the safety and health of the workforce, and the protections afforded to those who report potential workplace safety violations,” the OIG said in a letter to Principal Deputy Assistant Secretary Loren Sweatt.

Whistleblower complaints were not handled in a timely manner, according to the OIG.

Both the increase in complaints and a reduction in resources likely caused further delays.

The OIG also recommended that OSHA develop a caseload management plan to evenly distribute cases among investigators. Sweatt responded that the agency would continue assessing regional workloads and reassign cases across regional boundaries until it achieves a reasonable balance of caseloads across regions.