On September 23, 2020, California Governor Gavin Newsom signed an Executive Order mandating that all new passenger trucks and cars sold in the state be emissions-free by 2035. Symbolically, the order was signed on the hood of the Ford Mustang Mach-E, with electric vehicles (EVs) manufactured by Honda, Audi, and Tesla in the background. 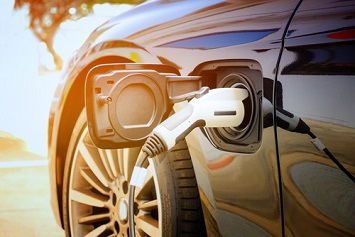 “This is the most impactful step our state can take to fight climate change,” the governor said in a statement.

Experts say the goal of the mandate is achievable.

“I think California’s target is ambitious, but feasible,” said Nick Albanese, a researcher with Bloomberg New Energy Finance, according to kmov.com. “Even before this announcement, we forecast passenger EVs to account for 52% of total US passenger vehicle sales in 2035 and 61% in 2040.”

With the effective date being 15 years away, analysts predict the mandate has room for negotiations and extensions.

One potential issue for California is the Trump administration, which has taken the state to court over its belief that only the EPA has the right to regulate automobile emissions.

As for precedence, CARB has been around longer. It was established in 1967, three years before the formation of the EPA. And, California has more stringent emissions and air quality rules than the EPA. California has a long history of receiving waivers from the federal government allowing it to set stricter standards in the state. According to a University of Southern California study published in 2019, improved air quality in the Los Angeles area is credited with 20% reduced asthma cases in children.

According to a 2019 article by abc10.com, 12 other states and, ironically, Washington, D.C., follow the standards set by the state of California in setting stricter fuel emissions standards.

As with so many current regulatory issues, election results will play a role in whether the mandate remains effective. If Trump should lose, it’s unlikely the Biden administration would continue to pursue litigation. Alternatively, should Trump win, California will need to prevail against the federal government in the EPA litigation.

Other challenges include the power grid and the availability of charging stations. People purchasing EVs need a reliable network of fast chargers, which allow EVs to charge to 80% capacity in an average of 30 minutes.

Jeff Skobin, chief operating officer of EVgo, a company that operates a network of electric car chargers, says that all California residents already have access to one of his company’s charging stations within a 15-minute drive of their home.

The other issue is the power grid, with California having a long history of extensive rolling blackouts. Experts disagree that EVs would add to that problem.

“A 2019 study by the US Department of Energy indicated that, even with rapid EV adoption, the electricity supply nationwide could cope with increased demand from electric cars,” according to kmov.com. “That’s because the nation’s power supply has been growing even while overall demand for electricity has largely stayed the same.

Another solution is for EV owners to set the charging timers on their cars so that charging occurs during off-peak electricity hours.

One current hurdle is the cost of EVs, although industry analysts like Albanese predict purchase prices will become competitive with traditional combustion industry vehicles within a few years.

“[O]ur modeling indicates that upfront price parity between passenger EVs and passenger internal combustion engine vehicles could be reached in 2022 and in the large vehicle and SUV segments in 2024,” he said.

In issuing the mandate, Newsom emphasized the importance of environmental improvement to address climate change while stressing the benefits of reenergizing the American automobile manufacturing industry to remain competitive and leaders in their industry.

“Fifteen countries have already established mandates for clean emission vehicles; how can American manufacturers compete if they are not in this segment?” he asked.

“A spokesman for the Institute for Energy Research, a think tank that often sides with the fossil fuel industry, called the move by Newsom ‘another silly distraction from real problems,’” according to npr.com. “Driving cars is not what causes forest fires or makes them worse,” David Kreutzer, a senior economist at the institute, said. “If people want to drive electric cars, they’ll buy them. You don’t have to eliminate the competition.”

Not all car dealers are against the order. Executives of Galpin Motors, a Los Angeles-area dealership group that produced the Galpin Shelby GT500 Widebody Ford Mustang, support the governor’s mandate.

“It wasn’t that long ago here in the San Fernando Valley where you couldn’t see across it because of the smog,” said Jeff Skobin, chief operating officer at Galpin Motors, according to kmov.com. “So, we’re in favor of anything that betters our community and betters the living conditions of our people.”