Q: We currently have locations across the US that pay our employees for their lunch break. If an hourly employee leaves the premises, while on a “paid” lunch break, would the employer be liable if they were to get into an accident or incur an injury? 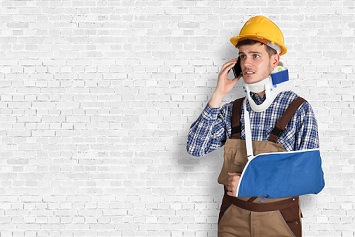 A: Generally speaking, an injury that an employee incurred while off company premises for his or her lunch break would not be covered under workers’ compensation. Injuries that occur during an off-premises lunch break have often been considered to fall under the “coming and going” exclusion for workers’ compensation, which holds that workers’ compensation generally does not apply for injuries sustained on the way to and from work unless the employee was on a job-related errand, was being reimbursed for travel, or certain other extenuating circumstances.

There are some exceptions to this. For example, if an employee was doing a work-related task on his or her break, such as purchasing supplies or running an errand for the employer, when the injury occurred, that would likely be considered work-related and compensable. Some states recognize additional exceptions depending on where the injury occurred and whether other contributing circumstances draw a causal connection between the injury and the injured worker’s employment, but these exceptions are fairly narrow. In most cases, an injury that an employee incurs while off-site for a lunch break would not be compensable.

Similarly, injuries that an employee sustains while off company premises for a lunch break are generally not recordable on the OSHA 300 log. For OSHA recordkeeping purposes, an injury is considered work-related if an event or exposure in the work environment caused or significantly contributed to the condition. “Work environment,” under OSHA’s definition, means “the establishment and other locations where one or more employees are working or are present as a condition of their employment.” This definition would not include off-premises locations where employees may travel during a lunch break; thus, unless the employee was doing an activity in the interest of the employer at the time of the injury, it would not be recordable.

Note: This question was answered by experts at Safety.BLR.com®. Not a Safety.BLR.com subscriber? Visit the site today and take advantage of all that it has to offer!