A Pennsylvania manufacturer must pay $1,047,399 in lost wages and punitive damages to two former employees fired in retaliation for cooperating in a federal safety investigation. 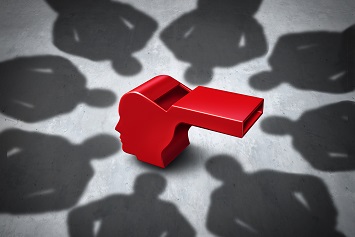 A federal jury determined that William Lloyd and Lloyd Industries, Inc., wrongfully terminated Matthew Spillane and Santos Sanna for assisting OSHA inspectors investigating the injury of another employee that resulted in the amputation of several fingers.

Spillane was fired five days after OSHA’s November 13, 2014, inspection of Lloyd Industries’ Montgomeryville, Pennsylvania, plant. Sanna provided testimony to OSHA in February of 2015 and was terminated the day the agency issued citations against the company.

William Lloyd and Lloyd Industries were ordered by Judge Mitchell S. Goldberg of the U.S. District Court for the Eastern District of Pennsylvania to pay:

Another Lloyd Industries employee, Joshua Elbode, sustained a serious injury in July of 2014 that resulted in the amputation of several fingers. Elbode filed a complaint with OSHA in October of 2104. The agency inspected the plant on November 13, 2014.

OSHA May 11, 2015, issued citations, imposed $822,000 in fines on Lloyd Industries Inc., and added the company to its Severe Violator Enforcement Program (SVEP).

“William Lloyd and Lloyd Industries are serial violators of OSHA safety standards, and their workers have paid the price,” then administrator David Michaels said in an agency statement at the time of OSHA’s citation of Lloyd Industries for 13 willful and 8 serious safety and health violations.

Spillane said that, in July and August of 2014, he took pictures of the machine that caused Elbode’s injury. William Lloyd fired Spillane November 18, 2014, without explanation.

Sanna provided testimony to OSHA on February 23, 2015, as part of the agency’s investigation of Lloyd Industries following the November 13, 2014, inspection. Lloyd fired Sanna May 11, 2015, the day OSHA issued its citations. Lloyd told Sanna he was being fired for failing in his safety and health duties at the plant.

However, the federal jury concluded both Sanna and Spillane were fired for their cooperation with OSHA officials. Employees are protected under the Occupational Safety and Health Act from retaliation for reporting employer safety and health violations to OSHA. The agency also is responsible for enforcing the whistleblower protections under several other federal statutes, including the Affordable Care Act, Clean Air Act, and Sarbanes-Oxley Act.

OSHA had repeatedly inspected and cited Lloyd Industries prior to the July 2014 amputation incident. Conditions at the facility resulted in approximately 40 serious injuries between 2000 and 2015. Agency inspectors once had to summon U.S. federal marshals to gain access to the factory when Lloyd refused them admission even after they obtained a warrant.

OSHA accused William Lloyd and Lloyd Industries of repeated open defiance of federal safety and health standards. Lloyd once complained to OSHA inspectors that the machine guards that protected his employees slowed production, according to the agency. OSHA found that Lloyd made a conscious decision in 2013 to stop an audiometric testing program required to prevent employee hearing loss and only resumed testing in December 2014, after an agency investigation.