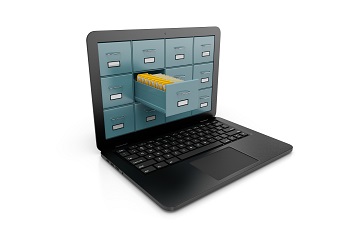 However, the proposal does not alter the antiretaliation provisions at 29 CFR 1904.35 and 1904.36, which the agency has interpreted as limiting certain kinds of post-accident drug testing, safety incentive programs, and disciplinary policies.

OSHA says employee privacy concerns were a major rationale for the proposed rollback of the electronic recordkeeping requirements. Mainly, OSHA says it is concerned that once employer-submitted injury and illness data arrives at OSHA, it becomes subject to potential disclosure to third parties under the Freedom of Information Act (FOIA), thereby “significantly increasing the risk to worker privacy.”

In its proposal, OSHA notes that it has been particularly concerned about the information that must be reported in Form 301 (Injury and Illness Incident Report), which includes the full name, address, and date of birth of the employee; whether the employee was treated in an emergency room; whether the employee was hospitalized overnight as an inpatient; and the nature of the injury/illness. According to OSHA, information about the nature of the injury and the body parts affected is particularly sensitive.

OSHA also questions the value of having these data; for example, OSHA says it would need to divert considerable agency resources to analyze hundreds of thousands of forms in order to use the data for enforcement purposes. The agency adds that it already possesses substantial experience using 300A data—which do not contain information that might violate employee privacy—it has been collecting for 17 years.

The proposal is deregulatory; OSHA estimates the annual cost reduction for affected employers at $8.2 million.

Under a final rule (May 12, 2016, Federal Register (FR)), OSHA required that establishments with 250 or more employees electronically submit information from Forms 300, 300A, and 301 to OSHA. The rule also required that establishments with between 20 and 249 employees in certain designated industries, electronically submit information from Form 300A to OSHA or OSHA’s designee on an annual basis.

Initial data submission under the 2016 rule was initially required by July 1, 2017. OSHA subsequently extended that deadline to December 15, 2017. Also, under the current recordkeeping rule, the initial deadline for electronic submission of information from OSHA Forms 300 and 301 by covered establishments with 250 or more employees was July 1, 2018. However, in its proposal, OSHA notes that it will not enforce this deadline without further notice while the current rulemaking is under way.

In its proposal, OSHA says it believes that all information in the three forms should be held exempt under the FOIA.

“However, there remains a meaningful risk that a court may ultimately disagree and require disclosure,” states OSHA. “That risk remains so long as there is a non-trivial chance that any court in any of the nation’s 94 federal judicial districts might issue a final disclosure order after the exhaustion of all available appeals. In the Department’s view, that risk is not a reason to stop collecting Form 300A summaries, because their collection offers significant enforcement value with little privacy risk. However, OSHA has re-evaluated the utility of routinely collecting the Form 300 and 301 data for enforcement purposes, given that it has already designed a targeted enforcement mechanism using the summary data, and given the resources that would be required to collect, process, analyze, distribute, and programmatically apply the case-specific data in a meaningful way. Therefore, OSHA believes that the risk of disclosure under FOIA is a persuasive reason not to collect individual case information from Forms 300 and 301, as that collection offers only uncertain enforcement value while putting workers’ privacy at risk.”

“Compliance officers routinely review them as part of those inspections, and the information recorded in those forms can provide a roadmap for the compliance officer to focus the inspection on the most hazardous aspects of the operation,” states OSHA.