Positive drug test results for transportation and warehousing workers have increased by double digits over a two-year period, according to Quest Diagnostics. 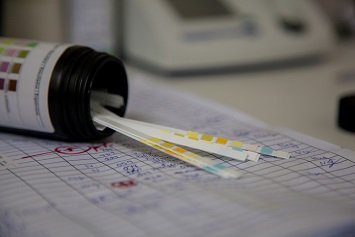 Quest Diagnostics tests workers’ urine sample for employers, as well as performing patient blood, urine, and other diagnostic tests for healthcare providers. Quest has compiled aggregate results of its drug testing data since 1988 and publishes its Drug Testing Index annually, covering a range of illicit, legal, and prescription drugs.

In 2018, the company started analyzing its test results data by industry sector. It found a double-digit increase between 2015 and 2017 in the rates of positive results for five industry sectors:

While the finance and insurance sector showed a double-digit increase in positivity, the sector had the lowest overall rate of positive results in 2017: 2.6%.

Increases in positivity were nearly as high in two other sectors:

The rate of positive results for amphetamine grew nearly 16 percent between 2015 and 2017 in the Health Care and Social Assistance sector. Amphetamine, a class of central nervous system stimulants, includes Adderall (levoamphetamine and dextroamphetamine), which may be prescribed for certain conditions but may also be used illicitly.

In each of the three years analyzed, the highest rate of positive results for methamphetamine was in the construction sector with a 15 percent increase during that period. While methamphetamine is occasionally prescribed to treat attention deficit hyperactivity disorder and obesity, it is most often associated with illicit use and production in clandestine laboratories.

In the manufacturing sector, positive test results for marijuana increased by more than 23 percent and by 27 percent for methamphetamine between 2015 and 2017.

The data reported in Quest Diagnostics Drug Testing Index are only for the general workforce and do not include workers in federally-mandated safety-sensitive positions. The reported industry sectors were based on classifications of the North American Industry Classification System (NAICS). The Drug Testing Index only included results for 16 of the 20 NAICS. The four sectors excluded due to insufficient testing volume were: